What Happened to Sam Pepper? 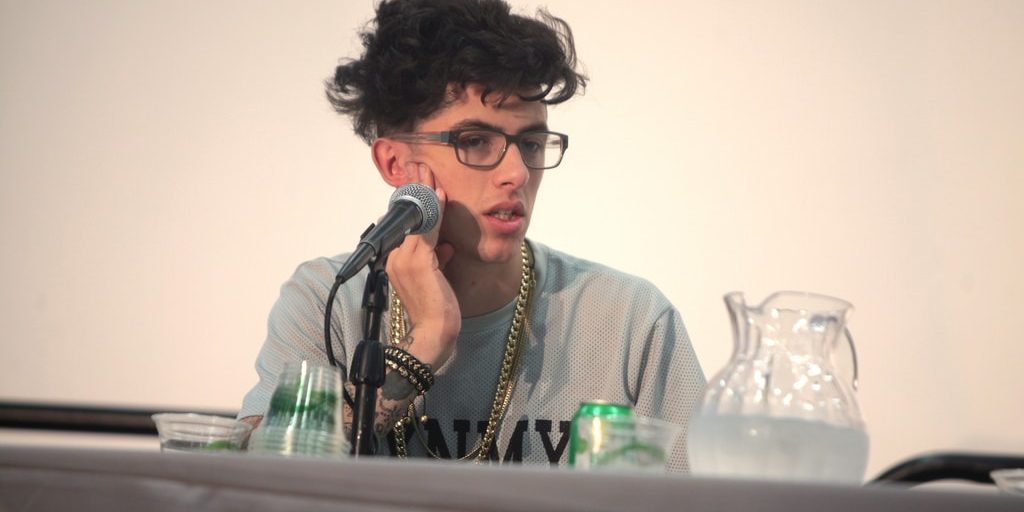 YouTube has had its share of controversial stars and channels, but one that stands out from the rest is Sam Pepper, a former contestant on the UK’s version of Big Brother, due to his extremely sexually suggestive videos that nearly got him blacklisted from YouTube itself.

Even if Sam Pepper wasn’t the most likable guy in the Big Brother house he found a new passion: the spotlight. Big Brother made him realize that he could be a personality that could capture the public’s attention, so he turned to making YouTube videos. Even though Pepper’s background is that of art (more specifically, graffiti) his channel tended to be primarily prank videos, which received millions of views. Guess the Big Brother House pranks unlocked something inside of him.

The nature of these prank videos however, are something to be desired.

Pepper’s prank videos border-lined even being called “pranks,” as there were many that involved him getting uncomfortably close to women and seeing how they responded. Some videos featured him trying to kiss them. Others featured him touching them in inappropriate ways. If you are wondering why somebody hasn’t done anything about this, it’s okay. Somebody already has.

In late 2014 his community of followers finally had a problem with the recent prank video that he put out, which involved him touching random women’s buttocks and then pretending that it wasn’t him doing it. However, the fallout of this backlash had a point where he figured that his channel would completely turn on him unless he told the truth about the videos, which was:

Almost all of the videos that he had been turning out had been staged with actors. That doesn’t excuse him that much though, because it is a weird thing to stage a “prank” sexaul assualt video.

Even this claim was being questioned because several woman came out and accused him of sexually harassing and assaulting them outside of his videos. While these claims haven’t been proven in court you can read about them here:

So what’s a YouTube star to do when he’s being accused of sexual assault and his views are dwindling day by day? Retire from YouTube? Come right out with the actual truth on his channel? Nope!

Pepper went back to making prank videos after this storm calmed down, but the amount of views that he was getting now was nowhere near the same amount that he was getting before. This is when he came up with “the bomb” the one prank to get himself back into everyone’s good graces and popularity.

He released the “Killing Best Friend” prank on his YouTube channel.

The video entailed kidnapping one of his friends while another friend and Pepper himself pretended to shoot someone offscreen. While this video did not get himself back into the public’s good graces it did make him popular again, only because everyone couldn’t believe what he had done, and not in a good way. Many people scolded and insulted him, enough to the point where they had drawn up a petition to kick him off of YouTube altogether.

It got over 200,000 signatures. You can still find the petition here: https://www.change.org/p/youtube-petition-to-youtube-to-deactivate-sam-pepper-s-channel

Sam Pepper’s life collapsed after that. He deactivated all of his social media accounts and uploaded a video to his channel entitled “I’m Sorry” where he spilled his guts out and told everyone that everything about his videos was staged.

He stopped making videos for a while, but then reappeared-mostly doing 24-hour challenges like “locking himself inside of a box” and exploring decrepit old buildings, none of which stemmed any controversy. However, YouTube demonetized that channel for no apparent reason. Pepper didn’t mind this, saying that he did not have to depend on YouTube money anymore and that he was financially stable.

So what is he doing now?

He is enjoying his time live-streaming his own life. You can check-out his channel “Sam Pepper Live.”