What Happened to Ray William Johnson? (Updated for 2021) 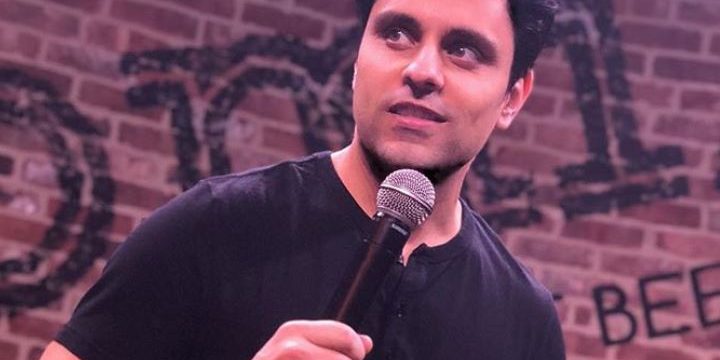 YouTube didn’t use to be the star-studded hundred-million views video platform that is today. Back in its early years the “stars” of Youtube were those whose videos could generate millions of views in an era when most videos struggled to get past ten-thousand. If you could create a video that got over ten million views in those days then you were on the way of being a YouTube star.

Ray William Johnson was one of the early Youtube pioneers who helped to raise the platform to wider audiences based on his show “Equals 3.” The show, which was a viral video review series (think Tosh.0 but without the budget and on YouTube only) flung him into success, with millions of viewers tuning in to not only see what crazy videos he was going to showcase, but to Ray himself. Viewers liked him-he was funny, witty, and had that small amount of crazy that is required to make him stand out from the others. However, the generation that grew up with YouTube in its current state probably has never heard of him, while us who are old enough wonder:

“What happened to him?”

Some people say that he had a downfall, some say that he burnt out, some say that he was deeply depressed and just couldn’t make videos anymore…but none of these are true. Ray William Johnson still makes videos to this day-in fact you can still check him out on his YouTube channel “Ray,” and apparently he puts out a lot of videos on his Facebook-it’s just that the type of videos that he puts out are completely different than what “Equals 3” used to be. He makes his own music and music videos while having turned into a full-fledged vlogger now. So nothing really happened to him, and if you are wondering I’m sure some of those vlogs could tell you what he has been up to, including Stand-Up comedy.

If you find yourself asking what happened to Ray William Johnson and his relationship with “Equals 3” there are many things to consider. The first of them being boredom. “Equals 3” had become a boring routine to him, a day job behind a desk with little room to grow, but there were would be other obstacles that contributed to his disillusionment and eventual retirement from the show.

The biggest factor was the court case “Equals 3 vs Junkin Media.” It appeared that Equals 3 had used video clips that belonged to Junkin Media without permission, and according to foxrothschild.com, a legal-aid website: “Equals Three was receiving numerous DMCA takedown notices from Jukin. In order to stop Jukin from issuing these takedown notices, Equals Three decided to file a lawsuit.” In the end, Equals 3 ended up losing this court-case and had to takedown the videos that used the clips belonging to Junkin Media. This court-case would go on to start the “fair-play” discussion that is still rampant in YouTube today, if not worse.

The fallout of this court-case was huge. Ray William Johnson was severely affected by the decision and there was a slight dip in the quality of his content. Not only did he have this court-case in the back of his mind emotionally, but he was constantly wondering if the videos he was using were safe.

It’s not a good position to be in if you are a YouTube star.

The dip in quality would create a domino-effect. With less views came less revenue, meaning all the new production equipment and crew that he was using was becoming too expensive. With money problems stacking up, dwindling views, and a high amount of stress, it’s easy to see why he stepped back from the show.

Ray William Johnson was one of YouTube’s biggest stars during its early days, but now he finds happiness working on smaller videos such as Vlogs and music videos featuring his own tunes.

Check him out on his channel -”Ray.”