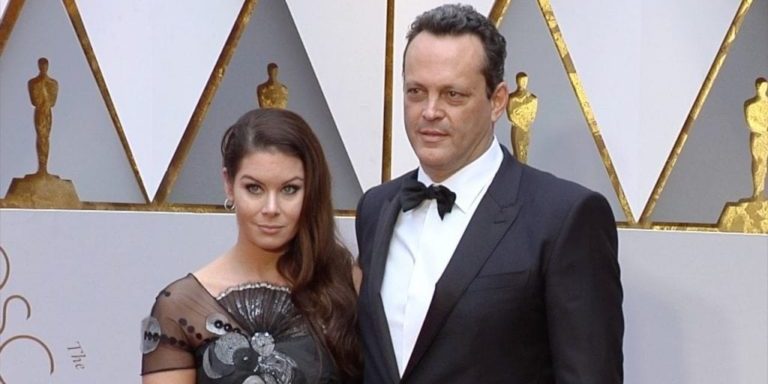 If you have watched a movie over the past few years, then the chances are that you know who Vince Vaughn is. However, whilst you may know who this popular actor is, that might not mean that you know about his private life.

Vince Vaughn is happily married to his wife, Kyla Weber. Want to know more about her and their life together? Then read on!

Born in Okotoks, Canada, Kyla Weber is known to be one of the most well-respected real estate agents in the whole of Calgary (that’s right, she is not an actor herself, she is a mere commoner like the rest of us). That said, whilst she is proud of her Canadian heritage, Kyla was more than happy to relocate to Hollywood when she met her actor beau!

2. They met at a wedding

After Vince broke up with Jennifer Aniston in 2006, he attended a friend’s wedding, and it was here that Vince and Kyla were introduced. Not only did they get along famously, but they said it was pretty much love at first sight, with both of them quickly being smitten with the other.

Sometimes love works in funny ways, and whilst some couples take their time to fall in love, some couples rush right in! This was definitely true for Kyla and Vince, who are thought to have moved in together and met the parents within the space of 4 months, and the engagement came soon after that! They married in 2010 and are still going strong.

Plenty of celebrities end up with someone younger than them, and Vince is no different. Kyla is 9 years younger than Vince, but the age gap doesn’t seem to cause too much of an issue in their relationship!

5. They are private about their relationship

Despite living in the media spotlight, both Vince and Kyla have ensured that they are fiercely private about their marriage and their family life together. Even their wedding was a secret affair. They held it in their penthouse with only 60 guests attending. This theme has carried on throughout their entire relationship, where they keep details of their life as low key as possible.

One thing that we do know about Kyla and Vince is that they have 2 children together. A mere 9 months after their wedding in January 2010, the first child came along. Born on December 18th 2010, Lochlyn Kyla was their first child.

After welcoming their daughter, they decided to take a little break and didn’t have their second child until August 2013, when they welcomed their gorgeous son Vernon.

We may not know lots about Kyla, but what we do know is that she managed to transform one of the most well known Hollywood bachelors into a happily married, devoted, family man, and for that, we think she is pretty awesome!