What Happened to Justin Berfield? Reese from Malcolm in the Middle

For nearly all of the cast members who starred in Malcolm in the Middle, the hit show was their ticket to fame and fortune.

To some extent, that was the case for Justin Berfield, who played Reese, the trouble-making older brother. Berfield’s net worth is estimated to be $10 million, but the simple fact is that Berfield had show business in his blood well before he blew up from the hit show.

Befriend was born in LA in 1986, and was a childhood actor who started doing commercials during his kindergarten days. His older brother, Lorne, was an actor as well, so there was probably plenty of conversation about roles and the business of Hollywood at the dinner table while he was growing up.

Justin’s first credit was a Folgers commercial, but there were bigger and better roles to come. He actually appeared in 20 commercials that were broadcast nationally, and he started working in TV in the mid-90s, appearing in “The Boys are Back,” “Hardball,” and “The Good Life, among other productions.

His breakthrough role was playing Ross Malloy in “Unhappily Ever After,” and he made 100 appearances on that show.

One of the most intriguing footnotes to his career is that he was actually one of the thousands of actors who auditioned for the role of Anakin Skywalker in “Star Wars: The Phantom Menace,” and who knows how that would have shifted his career.

But Berfield was fated to be a trouble-maker on Malcolm in the Middle, and he appeared in all 151 episodes of the series, which began in 2000 and ran until 2006. When he made his 100th appearance on the show, Berfield became the youngest child actor to appear in that many episodes in two different TV series.

In 2010, Berfield turned his attention to production work and worked as the Chief Creative Officer for Virgin Produced, a subsidiary of the Virgin Group. He also set up his own production company called J2TV. Over the years, Justin has served as a producer on projects like “Sons of Tucson,” “The Country Bears” and other shows, and did voices for animated projects like “Kim Possible.” 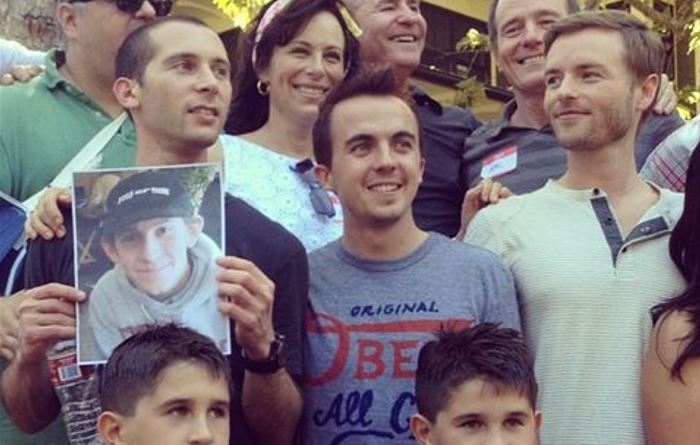 Unlike many childhood stars, Berfield has had a stable life that’s been free of controversy. He married his wife, Liza Berfield, in 2017, and the couple has one daughter. Similar to his former co-star, Erik Per Sullivan, he like’s to live a private life but does upload some photos on Instagram for his fans.

Berfield has become known for his charity work. He served as the National Youth Ambassador for the Ronald McDonald House Charities for three years, and has been active with other children’s charities like St. Jude Children’s Research Hospital.

Justin donated $100,000 to the Ronald McDonald charity in 2002 when they held their World Children’s Day benefit, so he walks the walk along with talking the talk for that particular cause.

The one odd footnote in Berfield’s career that steered him close to controversy occurred when he bought the house that was once owned by Jessica Simpson and Nick Lachey in 2006. The house became famous during the filming of the hit reality series, “Newlyweds,” was located in Calabasas and priced at nearly $4 million, but Berfield’s offer was never disclosed.