The Big Jackpot Net Worth – How Rich is Scott Richter?

Once known as “the Spam King” for getting in trouble with Microsoft, Scott Richter is now a gambling content creator most known for his YouTube channel, The Big Jackpot. He uploads vlogs of him playing slots at various casinos around the US. He also has a similar channel titled Raja Slots. As of 2023, The Big Jackpot has an estimated net worth of $1 million.

Scott Richter was born on July 18, 1971, in Virginia, United States. His father, Steven Richter, became his future business partner. Apart from this, not much is known about the gambling enthusiast.

He started his professional life as the CEO of OptInRealBig.com but now owns Media Breakaway. Scott was also linked to other companies, including Affiliate.com and Dynamic Dolphin.

Richter was advertised as an advisor, PR expert, and online marketing professional. However, the firms he was involved with were revealed to be major email spammers.

At one point, his companies were sending out over 100 million unsolicited advertisements around the world. Because of this, Scott was recognized as “the Spam King” and was one of the 100 spammers recognized by the spam tracker organization ROKSO.

In 2003, he was sued by Elliot Spitzer and got into a big lawsuit with Microsoft in 2005. His business OptInRealBig.com filed for bankruptcy protection due to the lawsuit and eventually settled with Microsoft for $7 million.

Scott then set up Media Breakaway, an internet marketing company. However, in 2007, they got into legal trouble again. The social network MySpace sued them for allegedly obtaining access to member accounts. MySpace got $4.8 million in damages and had to cover their attorney fees.

Scott’s spamming activities are long gone and has now transitioned to casino vlogging. He started his main YouTube channel in 2015 and called it “The Big Jackpot”. Richter also created a Twitch channel but he hasn’t had much traction on that platform.

He live streams his casino gameplay, winning and losing in slot games across the US. What began as a hobby has taken him by surprise and is now a full-time career. Now, he is one of the leading casino YouTubers along with the likes of Brian Christopher Slots, NG Slot and Lady Luck HQ.

Despite previous legal issues, Scott is back on track after losing millions of dollars. He is building up his wealth again with his passion. He makes an estimated $5,000 to $10,000 per month in YouTube ad revenue and makes close to $100,000 per year.

There’s also his undisclosed earnings from his mobile app and merchandise. The Big Jackpot earns extra income from Patreon and has 758 monthly subscribers. Plus, occasionally he wins jackpots on his trips to multiple casinos. Currently, his net worth is estimated to be $1 million.

Scott Richter is a man who doesn’t share much about his personal life. However, he has revealed to fans that he is dating a fellow casino slot YouTuber known as Jackpot Jackie Slots. She is a 25-year-old content creator on the rise and is attracting attention due to her beauty. Not much is known about Scott’s previous relationships or if he was married before. 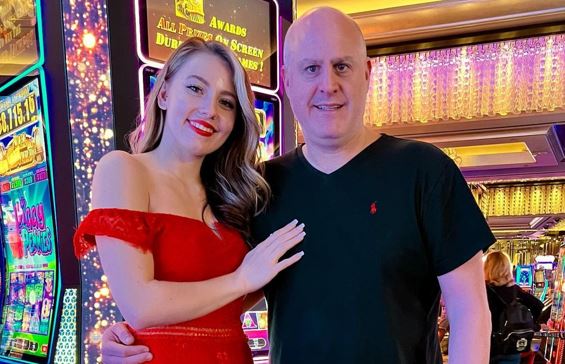