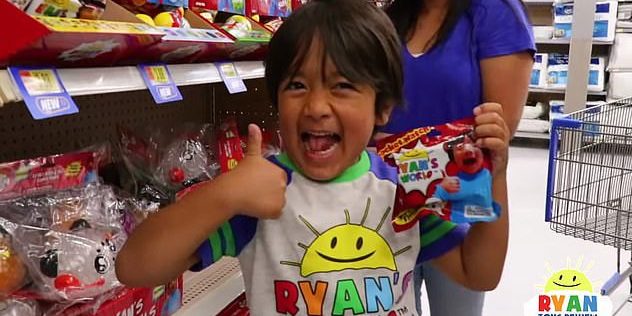 Ryan’s World is a super famous YouTube channel that features Ryan Kaji together with his twin sisters Kate and Emma. With the help of their father Shion and mother Loann Kaji, they’ve created a YouTube empire. Ryan is the first child YouTube superstar to reach such fame at a young age.

Having facilitated a massive monetization opportunity, the family has earned millions of dollars in a very short time. Their passion and commitment have become their excellent starting point to a highly successful social media presence.

If you want to know more about where that money is coming from, you are in for a treat! We compiled all the latest information that will show you exactly what you need. Take a look at the general estimate below.

As of 2021, the channel has over 29.3 million subscribers and counting, garnering his videos more than 45 billion views. The unboxing toy vlogs have gone viral, providing the family with overwhelming consumerism, attention, and fame.

Between 2016 to 2017, the superstar earned $11 million, landing the title of the 8th highest paid YouTuber on the globe. Soon, in 2019, the channel earned a staggering $22-$26 million from its product lines and videos.

The majority of revenue comes from YouTube videos. In one day, the channel gets about 22 million views, which brings about $150,000 ($55 million yearly). This is the income only from the advertisements.

YouTube personalities that live in Australia, Canada, UK, and the United States, often get paid $2 to $12 per 1,000 monetized views. Monetization typically ranges from 40% to 80% of the total views. But, the income will vary based on the ad inventory, viewer location, time, etc.

Overall, they get at least $0.01 per view. The Google Preferred program also brings additional revenue. These ads are ranked higher than usual. Then, you also have the watch time. The longer the viewers watch the videos, the more income the channel earns.

Just when you thought the channel couldn’t get any more famous, it continued to impress. In 2019, Nickelodeon started producing a show called “Ryan’s Mystery Playdate.”  Plus, they have an original Hulu series, 100 self-produced children’s toys, clothing, and merchandise.

This family is earning additional income from sponsored videos from Anki, Walmart, etc. They’ve influenced the toy industry, which might have somewhat affected the toy’s sales. The Kaji family announced their toy line back in 2018.

Their products have plenty of exposure, which brings thousands of dollars. Although the channel’s total net worth is just a general estimate, it does show how much it has grown over the years. It paints the perfect picture of the family’s growth and success.