How Much Money Does Ninja Make? 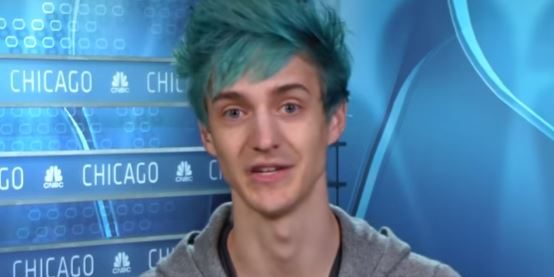 How Much Money Does Tyler Blevins Earn?

The easiest way to answer this question is to break down his income in three ways – YouTube, Twitch and sponsorships. On YouTube Ninja has over 19 million subscribers with the combination of advertisements and monetization of content, it’s estimated that Ninja makes around $500,000 per month from YouTube. On Twitch Ninja holds the account with the most subscribers with over 100,000. In order to subscribe to a channel on Twitch, the viewer must pay $5 every month for a subscription. For each of these subscriptions, Twitch takes a $1.50, leaving the streamer with $3.50. So from subscriptions alone Ninja earns $350,000 a month but that’s not all, a unique component of Twitch is the donation feature, viewers can show their appreciation of their favorite streamers by donating during a stream.

It’s estimated that each month Ninja receives over $200,000 in donations which brings his total from Twitch to $500,000 per month. Moving on to sponsorships, in June Ninja announced a deal with Redbull which of course was a massive payday. Other sponsorships include Uber Eats, Budweiser and PSD underwear. This combination of partnerships not only provides Ninja with the perfect environment to stream sitting in his PSD underwear, eating delivery food and fueling up with Red Bull and Budweiser but it also adds a smooth $3.5 million in endorsements per year.

If you aren’t keeping up with the math, we’ll run it back for you. Ninja earns $500,000 a month from YouTube. He earns $550,000 per month from Twitch and $3.5 million a year from endorsements. This brings his total to $16.1 million and if you include merchandise and ad revenue, our calculations come to an eye-watering $18 million dollars per year. That’s enough money to make your mother reconsider sending you outside to play something other than video games. To put that in perspective Ninja makes as much money playing Fortnite as New Orleans Saints quarterback, Drew Brees does playing in the NFL. If Ninja wanted to invest in a Rolls-Royce Wraith, he could buy one for every single day of the month!

Streaming video games is as popular now as it’s ever been with platforms such as Twitch and YouTube allowing the most talented and entertaining gamers to make a living broadcasting their skills to viewers around the world. Games such as Fortnite, FIFA, League of Legends and Minecraft are just a sample of games that are streamed and viewed by millions every day. Tyler Blevins is without a doubt the most popular streamer right now. He first gained popularity as a Halo player and quickly became one of the best Halo players on the planet. In 2009 Ninja began playing Halo 3 professionally and has played for teams such as Cloud9, Renegades, Team Liquid and Luminosity Gaming.

In 2011 Ninja began streaming H1Z1 and would soon move on to PUBG. After years of streaming and plenty of professional success, Ninja started to stream Fortnite to cash in on the craze. Epic Games Fortnite exploded in popularity and became a cultural phenomenon. If you think this is an overstatement, you must have missed the time he played with Drake on stream and nearly broke the Internet. This particular stream broke the record for the most concurrent viewers on a single Twitch stream with around 600,000 viewers.

Fortnite has dominated Twitter and Reddit for months and the game continued to snowball in popularity. This rise couldn’t have come at a better time for Ninja considering he was already the go-to Fortnite player. Thanks to Fortnite massive upswing and Ninja’s goofy personality, viewers that fell in love with the game turned to Ninja’s stream to watch the highest-quality gameplay they could find. Since this explosion in popularity, many other streamers have emerged, but Tyler Blevins remains the king of streaming.