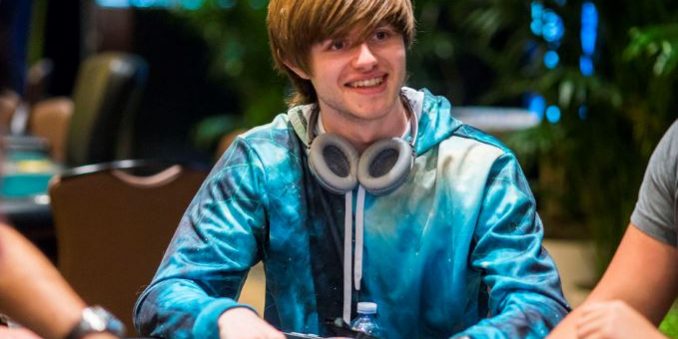 His first big victory was in the 2015 PokerStars European Tour in Monte Carlo. At the time Carrel was only 21 and the tournament required €25,500 just to enter. He won close to 1 million pounds at the tournament and beat over 200 players. This huge win led to several articles in the UK media however many of these gave a false impression of his victory.

The press was quick to spread the story of a lucky, unexpected win but this wasn’t quite the truth. There is always an element of luck to poker, but Carrel had already won or placed high in many tournaments before taking part in the PokerStars European Tour.

While he hadn’t won anything like a million pounds before he had won over £100,000 just a couple of months before his big win in Monte Carlo. By 2018 Carrel had won over £5.7 million in poker tournaments and in 2019 he won the £1.3 million in Triton Million final.

His total winnings so far are estimated to be around the £10 million range making him one of the most successful poker players in the UK and on a global scale. He is certainly one of the most well-known elite poker players thanks to his own unique style and laid back personality. But let’s go back a little further and see how he made it big in the world of poker.

The Road To Success

Carrel has spoken openly about how he made it big in the world of professional poker playing. While he is certainly happy for his success he has made it clear that the road to it wasn’t a glamorous one. Originally from Jersey, his family moved to London when he was 7 and he suffered from severe bullying growing up.

He said that these experiences stunted his emotional and social development. He also told The True Geordie Podcast that he had moved from hobby to hobby growing up and at one point even sold drugs.

He explains that he always had an interest in poker but didn’t consider playing professionally until he won back his deposit of £10 in an online poker game. From then, he won a small weekly tournament and was awarded £30. This grew over time until he managed to win £1000 in an online game.

Carrell has spoken openly about how his family struggled financially growing up so even a small win was a lot of money. It was around the age of 19 that he decided to move back to Jersey to live with his grandmother.

He told himself that he wouldn’t leave Jersey till he had made $100,000 which he managed after winning the PokerStars’ Sunday Million weekly tournament. Carrell explained that while he may have had natural talent a lot of his success was because of his tireless work and study.

Poker takes a lot of research especially online poker which is always evolving with new software. He estimated that at some points in his early career he was playing for up to 16 hours a day, 7 days a week and it had a huge impact on his social life. While he is one of the biggest poker players in the world right now getting to this point wasn’t just down to luck.