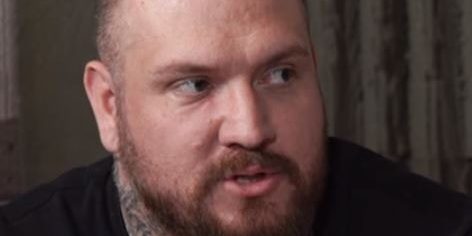 Real name Brain Davis, True Geordie is a popular English YouTuber with 800,000 subscribers. Hailing from the North of England, he is a passionate supporter of Newcastle United. He first hit the spotlight in 2013 after an infamous rant about Nile Ranger went viral. True Geordie ripped into Ranger describing hom as useless and doesn’t have enough talent to play for the first team. It turns out he was right as Rangers career has gone downhill since leaving Tyneside, playing for three different teams and was released by Southend United in January 2018. It’s amazing to see how far he has come from recording rant videos on an iPhone to building one of the most successful podcasts on YouTube.

Before he made YouTube his full-time job he worked as a deep sea diving instructor. He eventually quit that job to focus all of his attention on creating videos. The start was tough, he struggled financially for months because he had no sponsorship’s at the time. Luckily, he survived through difficult times and secured a lucrative brand deal with Coral, a well-known sports betting company in the UK.

The 31 year old now has a cult following due to his no bull shit approach, generating well over 100,000 view per video. He’s not the type of person to hold back an opinion and isn’t afraid to be brutally honest. Sometimes he goes to far but in life, if you never go too far you’ll never go far enough! Typically his audience are guys aged from 16 to 40 years old that enjoy listening to his content in their spare time or during their boring office job.

Brian can’t take all the credit for the success of his channel, co-host Laurence McKenna has played a key role as his sidekick. Without Laurence the podcast wouldn’t be the same, at times Laurence can be annoying, constantly interrupting guests but fans love his sense of humour.

Does True Geordie have a wife or girlfriend?

True Geordie has been married for 8 years to Holly Davies and they have a kid together.

How much does he make?

I would estimate he makes around £200,000 per annum, he’s built up a massive following online which he can monetize through brand partnerships. The YouTuber should become a millionaire within the next four years.

What is True Geordie’s height and weight?