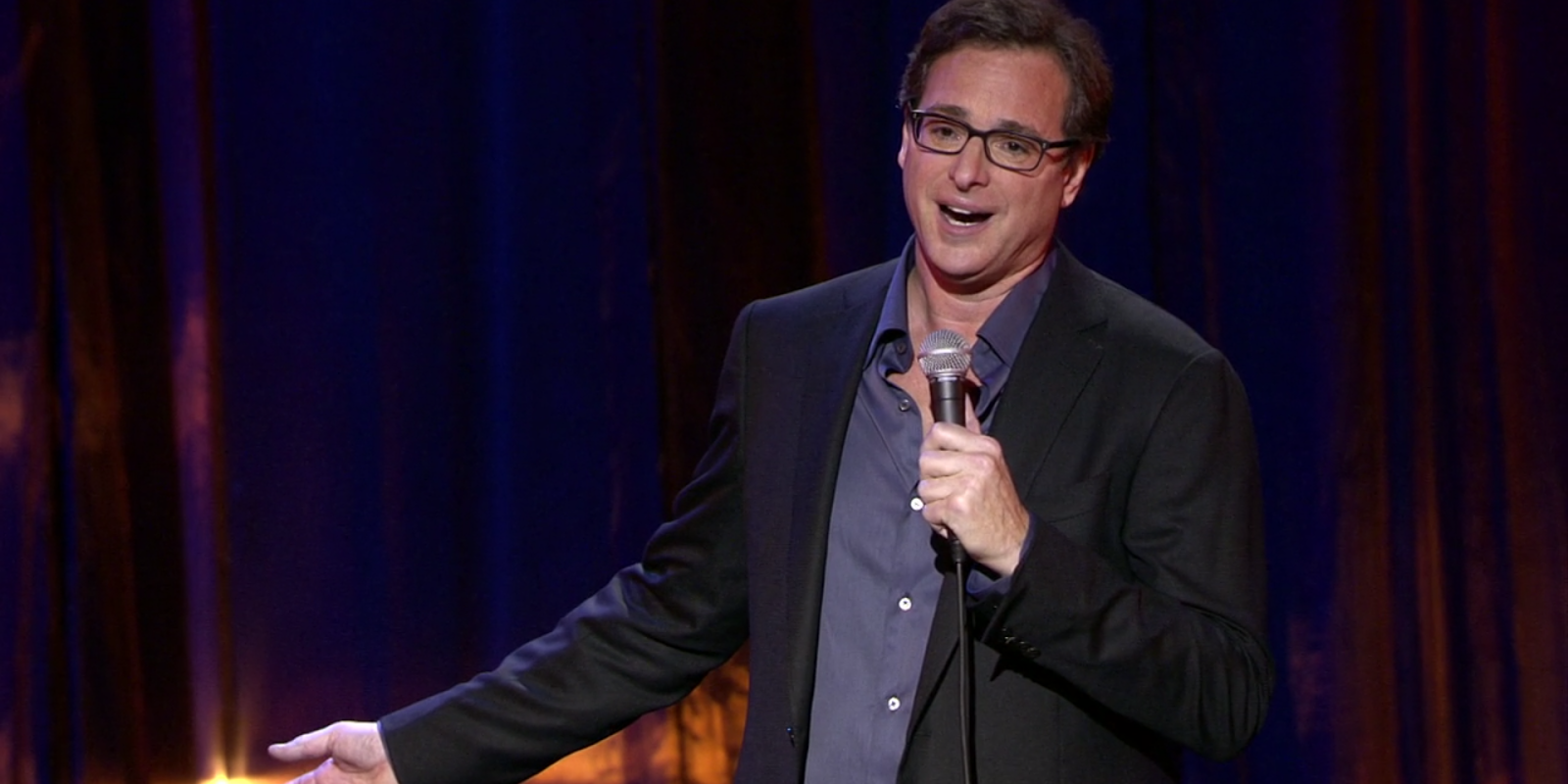 Bob Saget, an actor best known for starring in hit television shows, including ABC’s family-friendly sitcom Full House, and hosting America’s Funniest Home Videos,  just so happens to also be a raunchy, stand-up comedian. (Anyone who’s seen him on Entourage or telling the titular joke in the documentary The Aristocrats can attest to that.)

The stand-up comedian took to the stage at the UC Theatre in Berkeley, CA on Sat, December 9, 2017. He’s currently on tour to promote his new special from Zero to Sixty, which is available on Amazon, iTunes, and Spotify.

During his two hour set, Saget reflected on his long career in show business, his divorce with Sherri Kramer, the time he used Viagra, and played a song on his guitar about how his dog licked his balls.

The Full House star also opened up about his comedic influence, his dad, who passed away at 89 in 2006. His dad taught him to deal with death and hardships through humor. “It was often sick and weird humor … poop and penis jokes,” said Saget.

And Saget’s set was filled with plenty of it.

“I want to make people feel good. I want to feel them around. I want to put my pinky in their butt. You know,” laughed Saget.

Some Full House fans get disappointed when they see Bob Saget live. “One lady was sitting in the audience at a show a few weeks ago. And she said “OMG! I wanted you to be Danny Tanner. Why aren’t you acting like Danny Tanner?”

“What do you want me to do, dust bust? Hug people? Wear a cardigan sweater and do the reach around. I don’t know,” he said.

“Another girl said that I wasn’t dirty enough. So I pissed on her. And she liked it.”

Truth is, when you go see Bob Saget live, you shouldn’t expect to see family-friendly Danny Tanner from Full House. Otherwise, you’ll be disappointed. Instead, you should enjoy all that is Bob Saget, a comedian who is dark, dirty, and will make your stomach hurt from laughing so hard. He’s not recommended for people who are offended easily.

Saget said it best, “I just want to entertain people!”