What Happened to Simple Pickup? 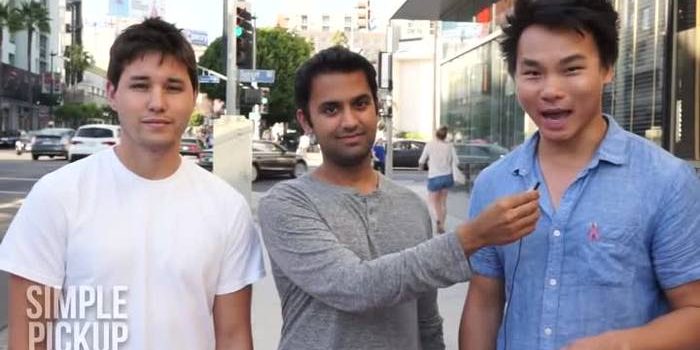 Simple Pickup was once one of the top channels on YouTube for young red blooded males looking to learn about picking up women. Sadly, they are no longer active and their cult-like following are left disappointed. The channel was started by three close friends, Jason, Kong and Jesse and they entertained millions of people by approaching random girls on the street and interesting social experiments.

Their antics helped to attract over 2.5 million subscribers but their videos weren’t liked by everyone. While the guys believed they were having harmless fun, a minority of people thought were sexually harassing young women and encouraging viewers to do the same. There was even a petition on change.org that received 32,000 signatures to get their channel taken down. Sadly most of their popular uploads were later deleted!

Jason Roberts mysteriously left the channel, and fans were left scratching their heads. Jason started his own YouTube channel, Simple Misfits. It was a prank channel that was successful at the start but the views gradually decreased for each video. During one of the prank videos, Jason actually got knocked out by a stranger. 100% he deserved it though, that’s what happens when you disrespect someone. According to his Linkedin profile Jason now works in Real Estate as an Executive Assistant at Elements Real Estate.

It was a real shame he left but something doesn’t add up. They did a ‘tea time’ video on their second channel but no reason was given as to why he left. Jason said he was just working on an app, seems odd how he played a huge role in their success but left before he could reap the rewards.

Simple Pickup became a million-dollar business after the launch of Project GO, a community for those interested in improving their game. They teach people how to build self-confidence, overcome approach anxiety, conversation topics and funny pickup lines, etc. It’s costs $37/month which is a lot cheaper than their other course!

After a while Jesse and Kong felt like it was time to move onto a new challenge. They couldn’t keep creating pickup related content as they were becoming well-known and achieved everything they possibly could. The guys started Jumpcut to teach others how to replicate their success online and become full-time YouTubers. They sell an online course that cover everything from creating original content, social media strategies, legal issues and vlogging along with other bonus modules.

The course is expensive, costing a one-time payment of $997 or $197 per month. I received a lot of emails from Jesse and Kong promoting the course, didn’t like their promotional tactics and it came across as a get rich quick scheme. Their advertising makes it sound like anyone could build a successful channel and make easy money online. The average person won’t receive 1% of the success they achieved online. It’s extremely difficult to make money off YouTube nowadays and you need to have strong business acumen to agree brand deals with companies looking for cheap advertising.