Timothy Sykes Net Worth in 2021 – The ‘King of Penny Stocks’ 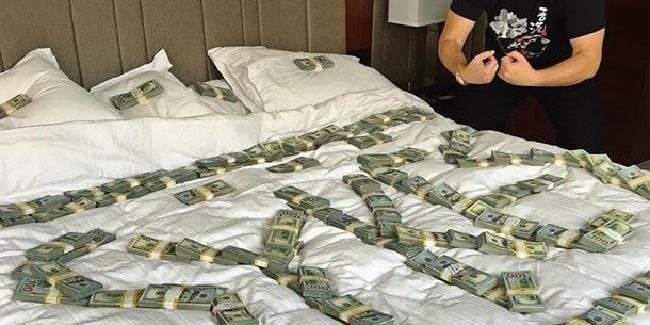 Who doesn’t know Timothy Sykes! If you are a trader or have the slightest inclination towards trading, Tim Sykes is meant to be one of your top role models.

Timothy Sykes is a top-ranked trader and a multi-millionaire at the age of 39, with a surprising net worth $20 million in 2020! Tim has become super successful in a strange niche! He has found his mojo through trading penny stocks; the stocks that are otherwise considered worthless by others on Wall Street. Luckily he teaches his trading strategies via Profit.ly, perfect for those who are committed to learning and have a few thousand dollars to trade with.

Who is Timothy Sykes: The Humble Beginnings

Tim Sykes started trading at an early age and was a millionaire by the age of 22. It was, indeed, not easy, but it was his perseverance, dedication, and learning from experience that led him to where he is right now, at the top!

Tim was attending Tulane University when he realized his inclination towards trading. He started trading while attending college and is best known for making $1.65 million when he had not even finished college. Now, if this is not inspiring, what else can be.

Timothy Sykes started off with a little over $10,000, his Bar Mitzvah gift money, and converted that amount into a whopping $2 million, all by trading penny stocks. Soon enough, he started his own hedge fund and became one of the top traders in 2006.

However, Tim’s trading timeline had its ups and downs. While he diversified from trading to long-term investing, he started losing money, along with his confidence and market credibility. But Tim bounced back sooner than later and regained his wealth, trading performance, and market position through his never-give-up attitude.

Timothy Sykes Net Worth in 2020

Fast forward 20 years or so, Timothy Sykes has a net worth of $20 million as stated by Pennystockwhizzkid.com! Sykes has become the master of trading penny stocks. His trading performance, in terms of his trading profit, has been skyrocketing from about 57% in 2010 to over 237% in 2016.

The most inspiring fact is that Tim has not kept his growth and success confined to himself. He has shared his 20 years of blood, sweat, and tears with over 3,000 students in more than 70 countries in the form of his trading strategies.

In addition, the YouTube channel of Tim Sykes contains hundreds of videos with advanced day trading tips, day trading videos for starters, and many more inspiring trading lessons. At the same time, new traders can improve their knowledge through Tim’s blogs, where he shares tips, tricks, and detailed guides on how to trade stocks.

Now that we know who Tim Sykes is, his net worth, where he started at, and where he has reached, the million-dollar question is How! What is the secret sauce that Timothy uses to cast his magic?

Well, Timothy Sykes magic and trading strategies are made of two words: Penny Stocks. They are the stocks of small companies that trade at less than $5 per share. They are risky investments and have a stigma of negativity attached to them; however, penny stocks are quite volatile and offer multiple opportunities to trade.

Tim’s secret behind trading penny stocks is not to look at the traditional indicators like revenues and profits; instead, he simply understands and captures the logic and predictability behind the penny stocks and their movement and makes the right moves at the right time.

Tim looks up the penny stocks as the most significant percentage gainers on the financial websites and just trades them. According to Timothy Sykes, the secret behind trading penny stocks is not believing what other people say and understanding that most of these stocks will fail. However, they do get pushed up dramatically for a few hours or days. That is the time when they need to be picked up and traded. So, timing the trades correctly forms the core of Tim’s strategies.

Although Tim has been a controversial trader for his trading strategies, he is not the one who believes in pumping and dumping penny stocks. He simply piggybacks the already existing moves, predicts patterns, and makes a win!

As a bottom line, Timothy Sykes is not just another trader. He has unique capabilities and strategies that set him apart from the lot. Ultimately, Tim’s ability to predict patterns and look for the right move at the right place at the right time has brought him where he is today- the topmost trader with a net worth of over $20 million!