Stock trading offers the potential of big profits but it’s incredibly difficult to make a living from the market. Ricky claims to be a profitable trader and has developed a strategy to make consistent profits. The majority of Ricky Gutierrez’s $3 million net worth has come from selling trading courses, real estate and YouTube ad revenue.

Gutierrez is originally from Mexico, and was born on January 2, 1995. His family moved to the United States when he was a child. In the land of opportunity, his father started a general contracting business.

When Ricky was around five years old, he began helping out his father on the weekends. At a young age, he was already doing manual labor, he hated it and was always looking for easier ways to make money.

Growing up he developed a strange passion for fingerboarding. Ricky’s first business was a fingerboard product and his buddies helped in the early days. His friends quit , but this meant Ricky had a greater share of the profits.

He went to Arizona State University and studied Technological Entrepreneurship and Management. Gutierrez later dropped out of college to work on focusing on growing his business full-time. It didn’t make sense to be in university when he was already making six figures.

Before college, Gutierrez used the money he made from his fingerboard venture to trade penny stocks as he saw how much money Timothy Sykes was making. However, he lost most of money at his first attempt and returned to trading on a demo trading account.

He also made money buying cheap products and selling them at a higher price on Amazon and eBay. While at college, he briefly worked as a telemarketer. During this time, Ricky also found success in day trading and real estate investing.

After dropping out, he traded stocks full-time and established his company, Techbud Solutions. It’s a peer-to-peer networking platform for investors and business-minded people.

Ricky Gutierrez started uploading videos to YouTube in 2015. He started off by sharing his experience in real estate investing. Later on, he covered what he is known for today, stock trading.

He started getting traction when he made live trading videos. He also explains the fundamentals of the stock market, ETFs, penny stocks, cryptocurrency and more. His trading approach focuses on risk management and maximizing profits.

The young man only invests about 10% of his money, profiting when a stock is overbought or strategically buying the dips. He teaches more in-depth through his online course, Learn Plan Profit (sells for nearly $600). His YouTube channel, with over one million subscribers, is still a good source of information about his techniques.

It is reported that Gutierrez makes around $40,000 per month from YouTube ads. That figure is a combination of his ad revenue and brand sponsorships. There’s also his earnings from affiliate programs such as Robinhood.

Ricky’s trading course makes around $70,000 every month but his profits from day trading haven’t been fully disclosed. With these income sources, his fortune is estimated to be $3 million.

As previously mentioned. Ricky is a keen real estate investor and owns multiple properties in Texas. One of them is the property he bought below for $170,000 in 2015. In today’s market, the value is at least 2-3 times the price he paid for it. 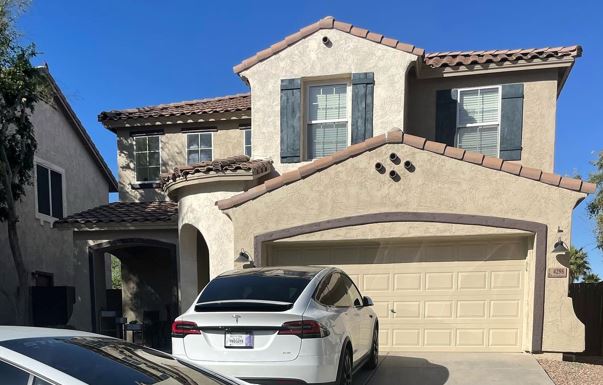 Ricky is currently engaged to Rachel Bentley and she occasionally features in his videos. They have a child together. Apart from his love life, he showcases his supercar collection, which includes a Corvette, Porsche, Nissan, BMW, Audi, and McLaren.