Aside from an insider’s look into the mining business, Discovery’s Gold Rush provides viewers with an insight into the personal lives of the cast members. The love life of Rick Ness, a long-running star on the show, is sometimes featured in the series. This is why fans are curious about his girlfriend, Leese Marie.

Leese Marie doesn’t share much about her early life, but she was born on October 25, 1977. This would mean she is 45 years old, four years older than Rick. Similar to Rick, Leese is from Milwaukee, Wisconsin.

It is also possible that they knew each other growing up. Not much is known about her educational background, but it seems that she went to college for nursing. She worked as a nurse in Wisconsin before becoming a reality star.

Rick Ness first joined Gold Rush in 2012 during season three of the hit show. He was recruited by mining prodigy, Parker Schnabel. After six years in Parker’s crew, Rick left to form his own group.

As a rookie mining boss, Rick unexpectedly did very well. One of his most trusted crew members is Karla Ann Charlton, a survival expert and gold room operator. In season 11, viewers speculated that he and Karla were dating. Karla has since stated that she sees him as more of a brother.

It became a popular topic among Gold Rush fans. To silence the false rumors, Rick made his relationship with Leese Marie public on Facebook in 2020. He also announced that she would be part of the series in season 12.

Despite her appearance, Leese Marie isn’t afraid to get her hands dirty. She stepped up to the plate when Rick was struggling after a new hire didn’t show up for work. Despite having limited mining experience, she agreed to help out until a replacement was found.

It was obvious that the couple had nothing but pure intentions when they disclosed their relationship. However, they were met with a lot of criticism not long after going public.

On the internet, Rick and Leese became subject to body shaming and trolling. However, the pair handled it perfectly by not caring about what others had to say. To make matters worse for the haters, the couple announced their engagement via Facebook. Rick proposed to Leese on her 45th birthday and mentioned how she’s stuck by him through the tough times.

Fans of the show have suspected that his girlfriend had plastic surgery. Some believe that she had breast augmentation and lip fillers. However, neither Ness or Marie has confirmed such claims. 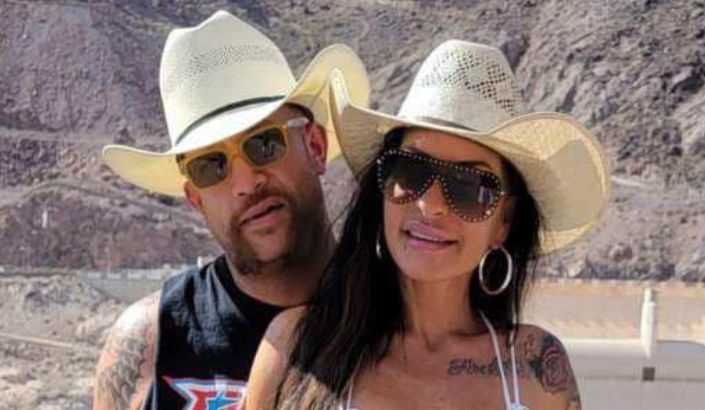 Leese moved to Havasu, Arizona to start a new chapter in her life. Rick and Leese don’t have any children together but she has a kid from a previous relationship. Given that the couple is in their 40s, it’s unlikely they will have kids together.

She joined TikTok in 2022 under the username “lil_hurricane_” and has over 2,000 followers. With season 13 of Gold Rush starting back up again, potentially she will make an appearance in the show.