How is Kinfield Doing After Shark Tank?

If you’re a fan of outdoors insect repellent, sunscreen, and anti-itch balms are products you should be familiar with. However, they usually contain ingredients that are harmful to the user and the environment. Powell got the opportunity to pitch her business on Shark Tank and got a deal with Barbara Corcoran and Tony Xu. Currently, Kinfield is worth an estimated $4 million.

Nichole Powell is from San Francisco and graduated with a degree in political science from the University of Wisconsin – Madison. She also got the chance to study abroad for a semester at LSE in London.

After graduation, Powell began working as a marketing associate for Intuit in 2014. Two years later, she founded Who Goes Wear, a lifestyle and inspiration brand. Although the company built a following online it wasn’t a financial success. She returned to work for Modern Citizen as the Head of Business Development. 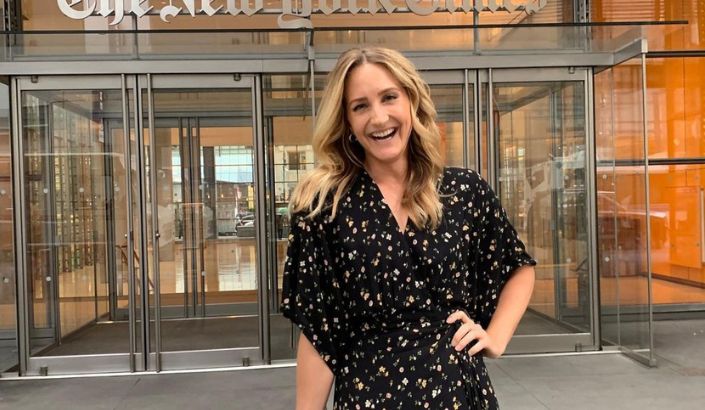 Growing up Powell loved doing outdoor activities. Despite this, she noticed that normal skincare products haven’t changed in years.

Her mosquito repellent had a chemical compound called DEET, which no one wanted to use because of its negative effects on the planet. She traveled around the world to develop a bug repellent that works without DEET.

After making her first product, Kinfield launched in 2018 and they raised a seed round of $2.1 million from six investors. Her DEET-free repellent was a massive hit as it was sold out three times.

Getting on Shark Tank

Nichole’s product has featured in publications such as Bon Appétit and The New York Times. With her early success, she decided to dive deeper into the skincare space. Her startup released a lip balm, a moisturizing mask, and sunscreen, among others.

As the company expanded, it needed more capital to keep up with customer demands. Nichole Powell got picked out of thousands of applicants to appear on season 14 and was seeking to raise $250,000 for a 5% equity stake.

The product has great margins and a bidding war soon broke out. Of course Mr Wonderful wanted a royalty deal but Barbara and Tony won with a straight equity deal.

Luckily, Tony Xu was on the show instead of Daymond John. Sometimes he gets angry when companies appear on Shark Tank despite having raised money before the show. He likes to complain a lot for someone who barely does any deals!

Many skin care companies have featured on Shark Tank but only a small handful of them have gone on to become a success. The publicity from over four million live viewers should help sell at least $100,000 worth of product for Kinfield. Hopefully, she will be able to handle a huge spike in orders over the next 24 hours.

If you like their products, you can purchase them through Kinfield.com. To entice fans to open their wallets, they are offering a $22 discount on their Shark Tank bundle which normally retails for $100.

You can also find them in stores such as Goop, Urban Outfitters, Anthropologie, Madewell, Credo, Grove Collaborative, and Free People. Gwyneth Paltrow wasn’t able to be on this episode as a guest because there would have been a conflict of interest.

On CredoBeauty.com, their original mosquito repellent has an average star rating of 4.6 from 176 reviews. As of 2023, Kinfield is worth an estimated $4 million and appears to have a bright future! The deal with Barbara Corcoran and Tony Xu hasn’t closed yet but it should within the next few months.