Ask any comedian or comedy writer about the path to fame and fortune, and they’ll probably tell you it’s a long and winding road that comes with plenty of hard work plus a few lucky breaks. Oh, and don’t quit your day job, just in case you were thinking about doing that.

For Joe Mele, TikTok has been the vehicle to comedic fame. He’s become a star for his family-related skits, and Mele has definitely tapped into the power of viral videos, which have given him a huge following of over 13.8 million and a net worth of $500,000.

So what’s the appeal? Let’s explore and find out.

Just a few years ago, the 22-year old Mele was a straight A finance student at the University of Binghamton. He was confident of his ability to get a job, but Mele had also spent plenty of time considering other options.

His vehicle was social media. Mele loves to write family-based comedy skits featuring his goofy father, Frank, and he was using his YouTube channel to do that.

Unfortunately, not much happened, at least not fortune and fame-wise. Mele failed on YouTube and Vine, but then he discovered the ideal vehicle for his humor.

When it comes to goofy, TikTok is perfect for all sorts of things, and Mele’s comedy was a great fit. The pandemic helped, as most of Mele’s would-be audience was sitting around being bored silly during varying degrees of lockdown.

Mele was more than happy to provide an overdose of silly. In addition to his father, he’s done skits featuring his girlfriend, Angela Chalet and his brother, not to mention costumes like the Ratatouille outfit from one of the skits that drew the attention of a real-life Pixar writer.

Chalet has developed a comedic following of her own, and there seems to be no end in sight when it comes to the comedy gravy train.

So what’s the appeal? In many ways, Mele’s skits are an updated version of old school sitcoms that date all the way back to the 1950s and 60s. The humor has been updated and sharpened, of course, but the bite-size skits are perfect for the social media age.

Mele has dropped out of college to pursue his TikTok career, although his dad has dropped more than a few hints that he’ll be going back to school to finish up his degree at some point.

Mel’s comedy has turned into a full-time job, and one of the more fascinating details about his current situation is that he’s going it alone without an agent or a manager.

It’s a profitable route, but it also comes with risk. Many TikTok influencers are discovering that promoting brands through ads is a bit of a quicksand trap that can quickly alienate an audience and cause them to look elsewhere for a quick laugh or three.

Mele seems conscious of that, and he is picking and choosing when it comes to what he takes on. He’s also avoided the world of influencer houses, which is another smart move because it keeps him from getting lumped in with dozens of other interchangeable TikTokers. 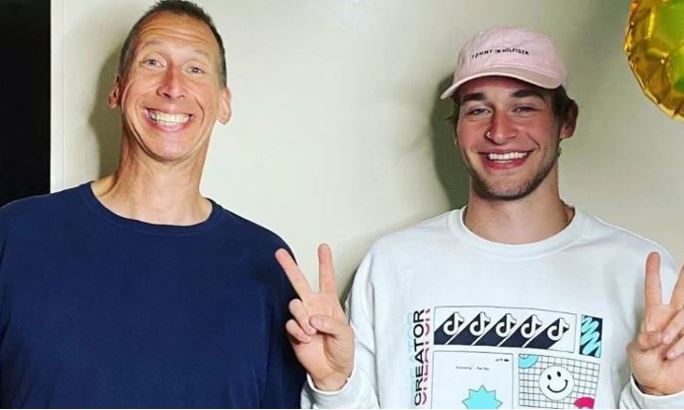 Back in the day Mele would have become a live performer, or maybe a network writer, but he’s definitely charting his own path, so it will be interesting to see where he, Angela, Frank and the rest of the family crew wind up.