Irene Zhao is a Singapore-based Instagram model who is making serious cash touting NFTs. Her foray into the crypto has been nothing short of extraordinary. Although she has earned millions with her IreneDAO collection and has a net worth of $5 million.

Zhao is originally from Jiangxi, China. In 2008, she relocated to Singapore from her homeland as a teen. She went to the National University of Singapore and earned a Bachelor’s Degree in communication and media.

Zhao landed her first job in globalORE as a commodity broker. But back in college, she started an Instagram account, which she used to expand her reach online. She got the chance to collaborate with well-known brands in Asia such as Acmé De La Vie and Zalora.

Now, she has around 445,000 Instagram followers. However, Irene felt that she was not earning enough. So, she turned to the crypto space and initially worked at KONOMI NETWORK, a crypto asset management company.

It began as a Telegram sticker pack, and a fan of Zhao under the alias “libevm” proposed that they be made into an NFT collection. Ghozali, an Indonesian internet personality who made $1 million from 1,000 photos minted as NFTs, inspired this idea.

And that they did. With libevm and business associate Benjamin Tang, she created the IreneDAO NFT collection and made it available on OpenSea in January 2022. Buying at least one of her 1,106 stickers also entitles you to join IreneDAO’s Genesis Tribe.

Irene likened her campaign to a decentralized version of membership subscriptions, like in OnlyFans and Patreon. Their slogan is “Simplicity, Integrity, Meaning, and Purpose,” or SIMP. Big figures such as Galaxy Digital CEO Mike Novogratz and Logan Paul were drawn to it.

She stated the real earnings were closer to $300,000 once the news of her NFTs went viral. The rest of the revenue they collected went to the IreneDAO community.

Zhao also said that funds raised from the project will be directed to the IreneDAO network, which will be utilized to test the best ways to integrate Web3 into their future goals. 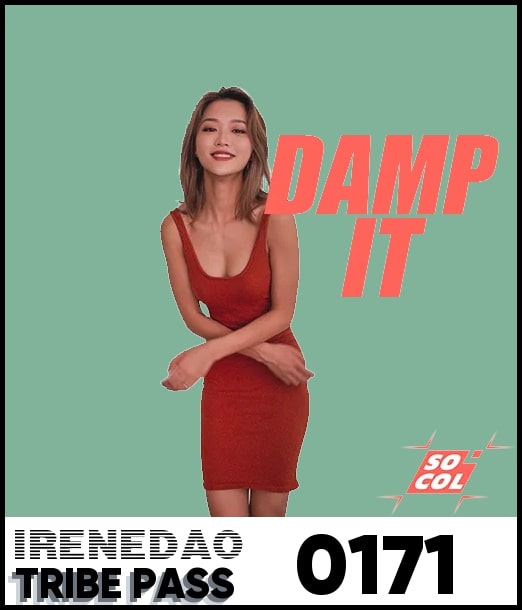 As it turns out, the concept around her NFT collection is an experiment of something bigger to come. Irene had no intention of keeping any of the money she made from her collection.

She had just meant for this release to serve as a proof of concept or a new strategy for creators to get compensated. Zhao has been working nonstop on So-Col, or Social Collectibles, her own decentralized social media network.