Derek of More Plates More Dates: a Fitness YouTuber on the Rise

Derek from More Plates More Dates has carved out a unique niche for himself on YouTube. The young entrepreneur has built up a large following covering bodybuilding and self-improvement. Derek first started blogging on his site MorePlatesMoreDates.com (brilliant name) and afterwards began uploading videos to YouTube. Over the last 18 months the growth of his channel has skyrocketed. At the start of 2021, he had 300,000 subs and now has triple that amount! It won’t be long until he passes the million milestone!

While in university, Derek studied business and planned to get a job as an accountant after graduating. His mindset changed when his mentor Good Looking Loser was running a successful online business.

Derek started publishing self-improvement related content on his blog in 2016 and developed a small audience. He has been working in the supplement space for years, which inspired him to launch Gorilla Mind in 2017. Gorilla Mind is a supplements company selling a range of Nootropics that claim to boost cognitive performance and pre-workout formulas. Derek owns Gorilla Mind alongside business partners Mike Cernovich and Chris Deoudes.

His journey to success didn’t happen overnight and it took him two years to get 10,000 subscribers. Now, he’s averaging 1,000 subs per day and is uploading videos everyday to keep his viewers engaged.

Unlike most fitness YouTubers, More Plates More Dates doesn’t limit his content and explores topics such as hair loss prevention, hormone optimization and pharmacology. Over the years, he’s worked with famous actors, pro bodybuilders and elite athletes as his consultation services are in high demand!

MPMD’s rise to internet fame has led to fans becoming interested in his personal life. He even has a Reddit group with nearly 50,000 members. Despite his popularity, Derek keeps his life private and doesn’t share his last name publicly. Believe me I’ve tried to find out his full name out of curiosity but failed. I would never dox him!

Through various entrepreneurial ventures, Derek is earning steady passive income and has an estimated net worth of $500,000. His three main sources of income are YouTube AdSense, affiliate marketing and Gorilla Mind. On YouTube he makes roughly $5-$10 per one thousand views as the bodybuilding niche is very advertiser friendly.

For a while Derek was involved in the PUA scene and was sleeping with a lot of women. He no longer follows the PUA lifestyle and prefers to form healthy long term relationships. Although Derek doesn’t talk about his relationship status, it’s believed the girl in the image below is his girlfriend. 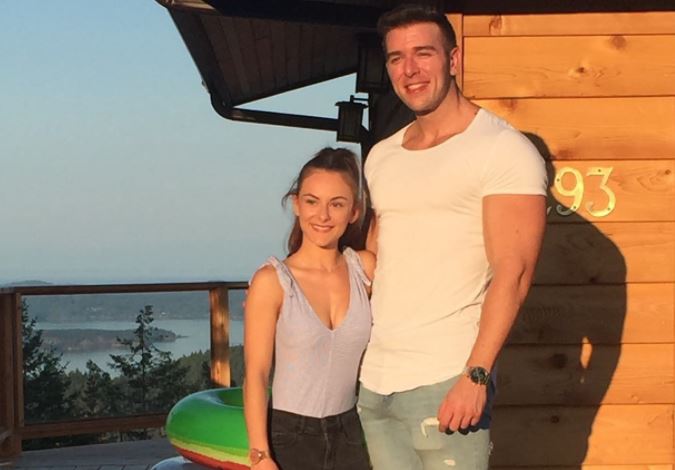