5 People Who Beat the Casinos! 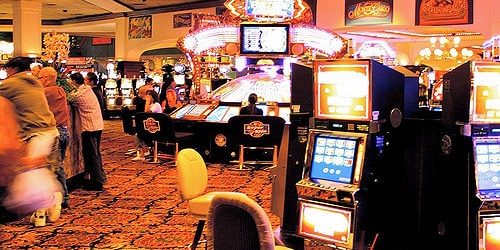 Nicknamed “the coin,” Louis Colavecchio was the leader of an organised crime gang which fabricated slot machine coins is many casinos around Connecticut and New Jersey. The fake slot machine coins Colavecchio manufactured looked and felt the same as the real ones. He obtained the metals such as zinc, nickel and copper, used a laser to cut the metals in a perfect round shape and then stamped and finished the coins with an Italian made coin press machine.

Casinos noticed that there was a surplus of coins. Eventually the Secret Service and the FBI raided Colavecchio’s house in the late 1990’s where they found evidence of the counterfeiting. In 1998, he was arrested and convicted.

Gonzalo Garcia-Pelayo’s dream was to be a film director, however it didn’t work out, so he gained an interest in Roulette. Gonzalo became the first person ever to come up with a roulette strategy.

It starts with what is known as the bias wheel. This is where a roulette ball lands on certain numbers more often than all the other numbers.  It happens due to configuration problems like an unbalanced wheel.

Gonzalo would watch one roulette wheel do over 1000 spins and recorded the results with the help of other family members. From there, he knew the numbers that the ball was most likely to land on. So, he would bet on those numbers.

The casinos tried to sue him, and fortunately for Gonzalo the Supreme Court ruled in his favour.

Dominic LoRoggio was an avid player of Craps and Blackjack; however, his speciality was in Craps. Craps is a dice game. It is where players bet on the outcome in a single roll or a series of rolls of a pair of dice.

Dominic learned the art of “controlled shooting” with the dice. The technique involves holding and pulling back on the dice during the release of the roll. The dice would land on the table in a smooth manner. He would practice the controlled shooting technique for days, hours and months on end, and became perfect at it.

Richard Marcus was a dealer in Baccarat and Blackjack at a casino in Vegas. This is where he met professional gambler Joe Classon, who was a player on his table. Classon conspired with Richard to create a rigged system so that he would win. So, Richard shuffled the deck in such a manner that gave Classon a clear advantage. They were able to forge around $21,000.

Richard became elite at rigging and cheating at casino games including blackjack, poker and roulette. He wrote a best seller titled “American Roulette,” where he writes about his cheating techniques. The two most famous cheats are the 10:05 and The Savannah.

Thorp was the first person to come up with a card counting technique and apply it in a real-life situation. His target, the game of blackjack. He was a professor in mathematics and was expert in probability and correlation theorem. Card counting made Thorp a rich man and managed to make $700,000 in one weekend.