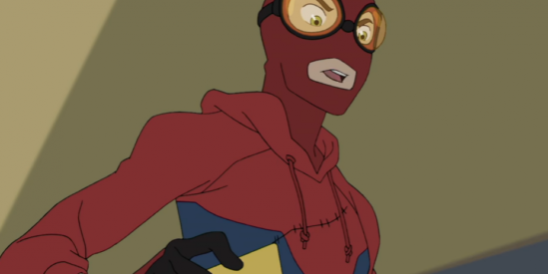 The latest Spider-Man film reboot, Spider-Man: Homecoming, isn’t the only new adaptation of the iconic comic book character gracing screens this summer. Marvel’s Spider-Man, a new animated program, will debut August 19 on Disney XD. The voice cast for the show has been unveiled, and it includes a big name as Peter Parker’s Uncle Ben.

That would be comedian Patton Oswalt, who has previously memorably lent his voice to such characters as Remy the Rat in Ratatouille. He also voiced a character in one episode of Futurama, but it was during the Comedy Central years, so you may have missed it. Oswalt is also a noted comic-book enthusiast, so a gig voicing Uncle Ben is assuredly right up his alley. Although, one wonders just how long this role will last. The crux of the character of Uncle Ben is that he dies, Peter feels bad about it, and so he lives his life by some words his uncle said to him: With great power comes great responsibility. Of course, this is a version of Spider-Man being geared toward a Disney audience, so perhaps Uncle Ben’s demise won’t be so untimely.

In addition to Oswalt, Robbie Daymond will voice Parker/Spider-Man, while Max Mittleman will voice Harry Osborn. Supervillains such as Doctor Octopus, Vulture, and Sandman will also show up. Of course, if Osborns are involved, surely at some point we will be seeing Green Goblin pop up.