David Dobrik Net Worth in 2021 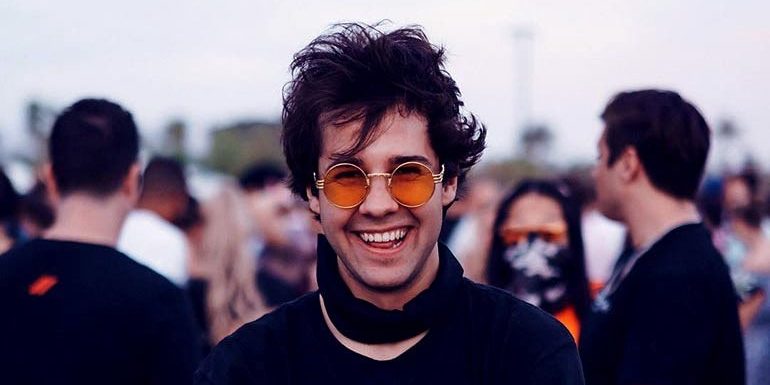 David Dobrik is a Slovakian American YouTuber, actor, vlogger, and social media personality. But he didn’t rise to fame overnight. He had to put in a lot of effort to get to where he is today.

David’s rise to fame began on Vine (now-defunct), in 2013. Later he created his YouTube channel in 2015. Since then, he has grown to become one of the highest-paid YouTubers in the World.

Success in the Entertainment industry

For Dobrik everything began when he posted his video on Vine on April 3rd, 2013. His six-second videos become popular, gaining him a large following of over a million.

Building on his decent following on Vine, David launched his own YouTube Channel in 2015. The channel dubbed the “David Dobrik” focused on comedy vlogs based on semi-scripted scenarios and real-life situations.

Dobrik’s creative editing style and work ethic soon paid off, and he amassed over a million subscribers that year.

As of today, the channel has about 17 million subscribers. Each of his videos receives at least 6–26 million views. He makes almost $24,000 a day from ads on his videos.

In August 2016 he created his second YouTube Channel “David Dobrik Too”. On this second channel, he posted clips unrelated to his comedy skits.

David received a YouTube Diamond Play Button in December 2018. The award was for surpassing 10 million subscribers on his YouTube channel.

In the same year, PAPER magazine listed him among the 10 social media Personalities Making the Most Noise. David has also received multiple Shorty and Steamy awards over the years.

According to multiple sources, he’s worth $7 million. But other sources like Nail buzz says he’s worth $30 million.

Other Pursuits Beyond the internet

David has featured in some big-screen movies, including Airplane Mode, FML, An Interrogation, and Logan Paul’s. He’s also a judge on America’s Most Musical Family, a Nickelodeon show.

Just like many popular YouTubers, he owns a merch shop which tops up his revenue. Also, David owns an app, David’s Disposable.  The app allows users to take photos that are are similar to those from the 90s disposable cameras.

What Does David Dobrik Spend His Fortune on?

He owns a $2.5 million dollar home in LA. The home features an in-house recording studio and a variety of luxurious cars, including a Ferrari and Tesla.

David Dobrik also owns a Tesla, which he often shows on his YouTube videos.