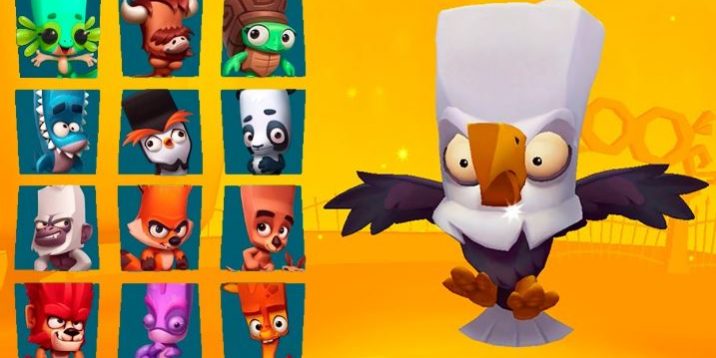 Zooba, as the name suggests, is a video game involving animals. Due to the cute graphics and one map world, Zooba is a great introduction to mobile last man standing games. It is a great place to learn different tactics and get used to this style of gaming for those that have never played before or are just looking for a simple way to relax and unwind after a busy day.

Mobile gaming is as simple as downloading and installing an app onto a phone or tablet. The ease and simplicity is popular for gamers and non-gamers alike. Most phones can have a limit per day set for certain apps to prevent gaming addiction or wasted time. Gamehag.com has a range of free games from sophisticated RPGs to simpler strategy games for those that want to move up from Zooba.

Like other battle royale style games, the character starts with nothing and has to find weapons while avoiding no-go zones. In the case of Zooba, this is a fire. The point is to be the last man standing against 19 other players. The fire encroaches the playing area, making the safe zone smaller and smaller as the game plays and the players take each other out in the form of cutesy animals.

There are three starting characters to choose from, each with different stats. More characters are unlocked as the game is played. Bruce is strong. Molly is fast and agile. Nix is the middle ground. Familiarise yourself with the characters, even the ones you aren’t using so you know their weaknesses.

Unlike other battle royale style games where players are dropped into the battle zone, players are placed in a random location. There’s a five second countdown. Players can use this to decide if they’d rather stay in the area or move. If the character has stats that work as a weapon, the player may want to attack other players before looting a weapon.

When a player is eliminated, their weapon drops for looting by other players. Guards also drop weapons. Grabbing dropped weapons present risk of elimination to the player, especially if other players are trying to get the same gear. Some players purposely drop items as a trap to ambush other players. Remember, this is a battle royale style game, regardless of how cutesy it is. The point is to eliminate everyone else.

The longer a player stays in a match, the higher their ranking goes up. New players may want to avoid ambushing and other players in general at first. Weapons and skills need to be recharged after use. Players need to keep an eye on this until it becomes instinct.

Zooba is a one-map game. This makes it easy to memorise.

Gaming should be a fun and relaxing experience. Zooba is an excellent introduction to the world of mobile gaming due to its simplicity. It is free with in app purchases.