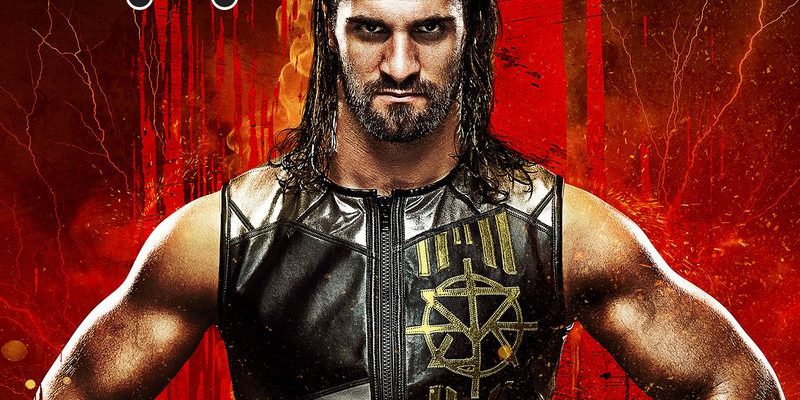 The next entry in 2K Sports’ WWE 2K franchise now has its next cover star. Gracing the cover of the upcoming WWE 2K18 will be Seth Rollins. Since joining the WWE in 2010, Rollins has held championship belts for Tag Team, United States, Heavyweight and NXT. Seth also won the 2014 Money in the Bank.

“As the WWE 2K18 cover Superstar and franchise ambassador, it is my incredible honor and mission to ensure this game will truly BE LIKE NO ONE – a calling card perfect for everything I stand for – as it sets forth on its own unique path,” said Rollins in a press release.

“Following in the footsteps of other WWE 2K cover Superstars – Dwayne ‘The Rock’ Johnson, John Cena, Stone Cold Steve Austin and Brock Lesnar – I now carry the torch and proudly represent a new generation of WWE Superstars. I am the future, and the future can’t be stopped,” he added.

A decorated WWE champion, Rollins has also recently been dubbed “The Kingslayer” after defeating Triple H at Wrestlemania 33. As one of the company’s biggest stars, Rollins is a perfect choice for the WWE 2K18 cover.

“Each year, the WWE 2K franchise emerges with a unique identity, impeccable authenticity, an incredible roster and the freedom for players to customize and control the virtual WWE world through its extensive offerings,” said Chris Snyder, Vice President of Marketing at 2K. “In determining who truly epitomizes BE LIKE NO ONE and represents WWE 2K18 to the fullest extent, there was one obvious answer: Seth ‘Freakin’ Rollins.”

In addition to revealing Rollins as the cover star, 2K Sports also revealed a deluxe edition for the upcoming game. Although the game will release on Oct. 17, players who purchase the Deluxe Edition will get early access to the game beginning on Oct. 13. WWE 2K18 will be available on the PlayStation 4 and Xbox One.