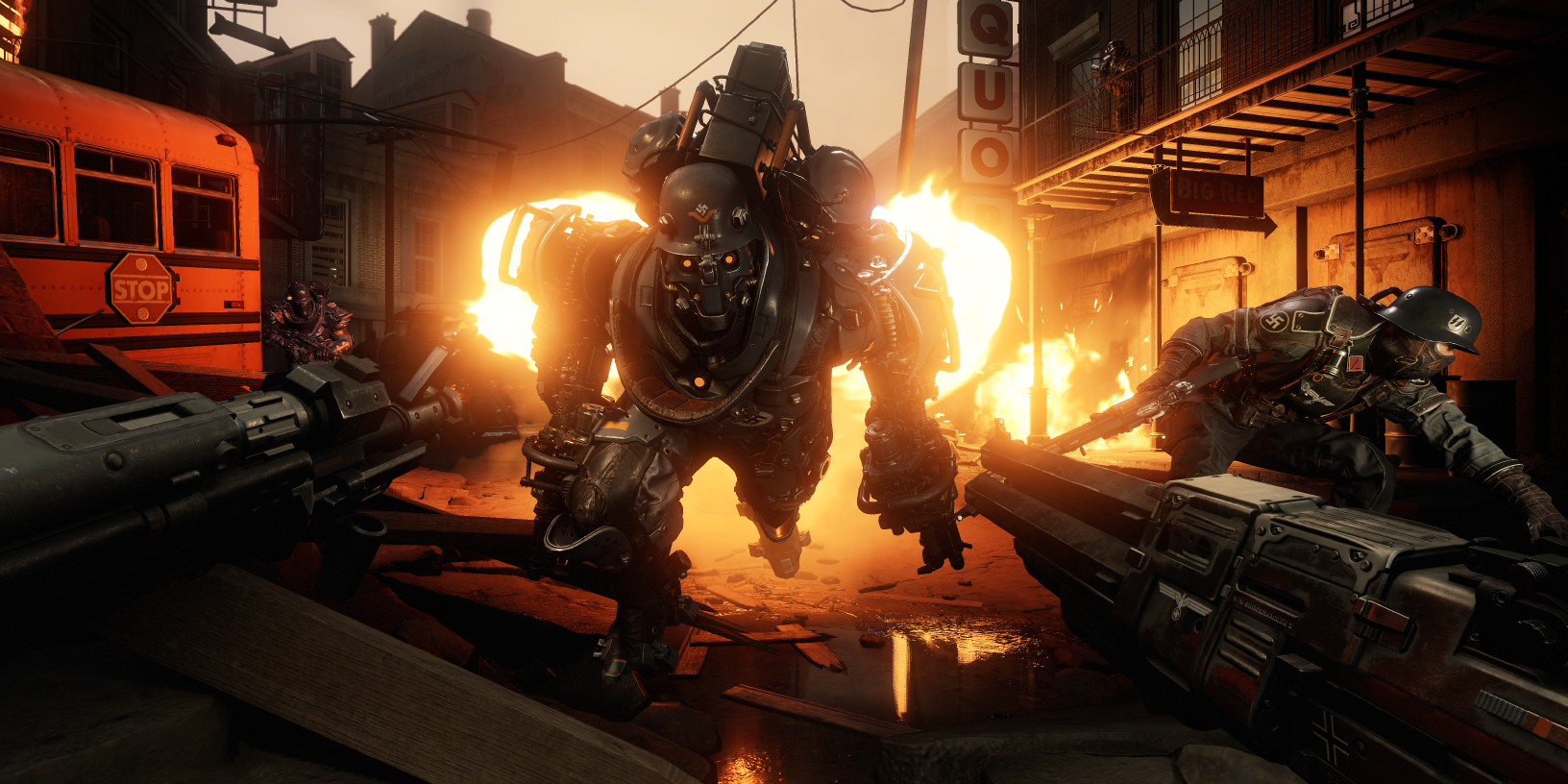 As anyone who blasted their way through 2014’s Wolfenstein: The New Order will attest, some of the over-the-top shooter’s best moments came during dialog-heavy encounters with the story’s enemies and allies. Smart writing and a cast of colorful, quirky, and often sadistic characters (Frau Engel, anyone?) made these moments a highlight of B.J. Blazkowics Nazi-slaughtering romp. Wolfenstein II: The New Colossus appears to be doubling down on these engaging exchanges, including even more scenes that will bring a smile to your face, even as they make your skin crawl.

In “Strawberry Milkshake”, a scene that’s been teased in previous trailers for the game, we get that perfect mix of humor, quirk, fear, and heart-racing tension. Bethesda recently released the entire scene in all its shake-slurping glory their official blog.

We look forward to being taunted, interrogated, and terrorized by all of B.J.’s Axis foes when Wolfenstein II: The New Colossus lands–like an atom bomb hidden in a fire extinguisher–October 27th.