‘The Witness’ Puzzle Game Is Now On The App Store 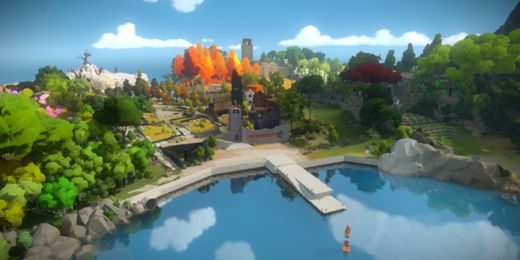 The Witness is now available to download from the App Store. Designed by Johnathan Blow, The Witness is a 3D Myst-like puzzle game for the iPhone and iPad.

In The Witness, players take on the role of a mystery person who wakes up on an island full of puzzles that need to be solved. The game offers more than 500 puzzles to solve and new locations to explore on the island. Here’s the description of The Witness game from the App Store:

You wake up, alone, on a strange island full of puzzles that will challenge and surprise you.

You don’t remember who you are, and you don’t remember how you got here, but there’s one thing you can do: explore the island in hope of discovering clues, regaining your memory, and somehow finding your way home.

The Witness is a single-player game in an open world with dozens of locations to explore and over 500 puzzles. This game respects you as an intelligent player and it treats your time as precious. There’s no filler; each of those puzzles brings its own new idea into the mix. So, this is a game full of ideas.

The Witness was originally released for PlayStation 4 and PC back in early 2016 before launching on Xbox One. You can watch The Witness trailer below: