Will Amazon’s Superhero Drama ‘The Boys’ Be As Brutal as the Comic? 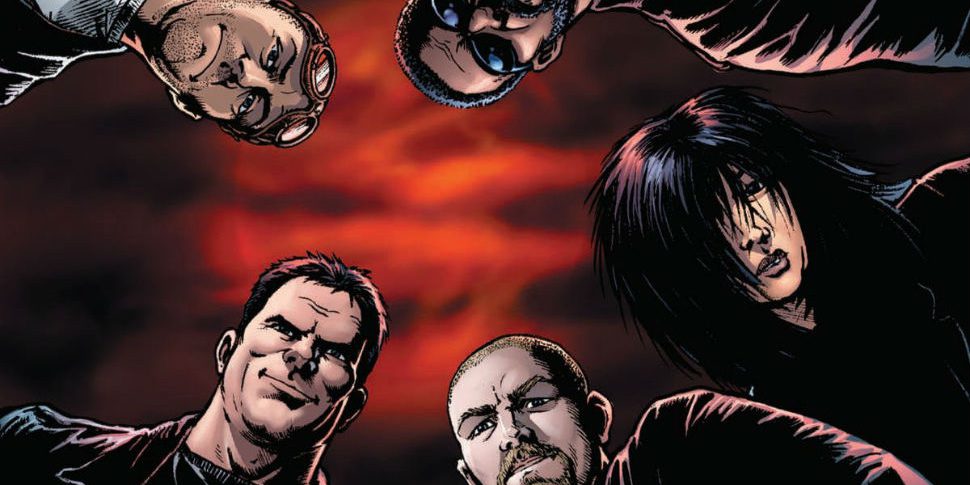 Every network seems to be scouring the comic book racks for show ideas these days, and Amazon is no exception. According to Deadline, Amazon has green-lit an eight-episode order of The Boys, based on Garth Ennis and Darick Robertson’s gory, nihilistic comic book series about superheroes and the group of vigilantes who police them. The show is being created by Supernatural creator Eric Kripke and directed by Preacher creators Evan Goldberg and Seth Rogen (who also starred as a masked hero in the forgettable The Green Hornet movie.) The Boys TV series is set to start filming in early 2018 for release in 2019.

So how far will the show’s creators go in staying true to the source material? Keep in mind that Rogen co-created and co-directed The Interview, the 2014 movie about assassinating North Korean dictator Kim Jong-un. (In case you forgot, Kim was so infuriated by the flick that terrorist groups connected to North Korea threatened to attack theaters that showed the film, leading to it being released online digitally instead.) He also co-created 2016’s Sausage Party, a Pixar-like animated movie with a very hard R rating. So clearly Rogen isn’t worried about pushing boundaries. And Preacher has proved that Rogen and Golderg know how to deliver a comic book translation that doesn’t sugarcoat its content.

Not to mention that Amazon needs another big, high-profile series to draw in viewers. Transparent is award-winning, and The Tick is goofy fun, but so far Amazon doesn’t have an original mega-hit like House of Cards (RIP?) or The Handmaid’s Tale to really catch people’s attention. Taking a risk on a gritty, hyper-violent series like The Boys could be just what the Amazon’s streaming service needs. It worked for Deadpool, right?

One other question that remains unanswered concerns casting. The character design of main character, Wee Hughie, was based directly on Simon Pegg. (Pegg even wrote the forward to one of The Boys’ collected editions.) Pegg seems pretty busy these days according to his IMDB page, with Mission Impossible 6 currently filming and the mental health drama Lost Transmissions in pre-production, but the question remains: Will Pegg tackle a comic book role that was tailored for him, much like Samuel L. Jackson did with Nick Fury? It’ll be a disappointment if he doesn’t.

Who do you think should be cast in The Boys? Let us know in the comments below.