What Game Best Suits Your Personality? 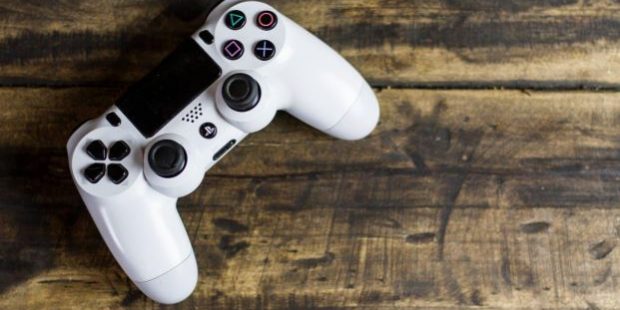 Xbox One, PC, Nintendo Switch, Android, iOS, PlayStation 4, Nintendo 3DS, PlayStation Vita… you’ve got some big decisions to make just choosing what sort of system you want to play video games on, never mind navigating the thousands of genres and games out there. But fear not, starry-eyed gamer! We’ve sifted through the vast world of gaming and matched some key personality types to games, so that you can cut to the chase and get playing.

Minecraft is the stuff that entire worlds are made of, the title that launched a thousand YouTube channels and the game that really got the crafting genre going. If you like to really get your creative juices flowing, Minecraft is the game for you.

The premise is blindingly simple – you’re in a blocky world in which just about everything can be used to assemble items and build with. Discover hidden recipes for new items or let your imagination run wild to build whatever you can conceive of (players have built everything from replicas of Westeros from Game of Thrones to statues of King Kong fighting a T-Rex). You can pick up Minecraft on just about any platform you can think of, so there’s no excuse not to get building.

For those who like to ride in on the back of white horses to save the day (we all know a few) it doesn’t get much better than Marvel’s Spider-Man. Spidey is the ultimate hand-wringing good guy – the chap who basically can’t help but swing in and save the day and the character who popularised the saying “with great power comes great responsibility.”

It helps that this PlayStation 4 exclusive features a free-roaming New York that’s a joy to swing around, a deeply satisfying narrative and some of the best movement you’ll ever come across in a game.

For those prone to staring airily up at the stars or gasping in awe at nature, Monument Valley will provoke the right mix of bliss and wonder. It’s a puzzle game on mobile platforms by UsTwo Games that has the player guide the silent, faceless Princess Ida through a series of Escher-esque mazes.
While the gameplay is perfectly poised at the intersection between challenging and manageable, making it a deeply rewarding puzzler, it’s the design that really steals the show. Monument Valley’s minimalist style, pastel colours and soothing sound make it a perfect way to spend a blissed out afternoon.

For someone who likes to take a bit of a risk, online slots are a perfect way to get the hit of adrenaline that comes with gambling real money. As pure games of chance, they require the user to just insert their virtual currency, press go and let fate do the rest. Thematically they run the gamut from Egyptian adventures to heavy metal to magical journeys reminiscent of Harry Potter.
It’s important, of course, to make sure you know what you’re doing financially. Luckily, there are plenty of money management tips for slot players out there, so if you’re not sure how to deal with your finances when playing online slots, have a read before you get going.

If exploration’s your thing, there’s truly never been a better time to be a gamer. Gaming is full of massive worlds like the kingdom of Skyrim or the wasteland of post-nuclear America to explore. But the crown surely has to go to No Man’s Sky when it comes to exploration games.

In it, you start in your spaceship at a random point in the galaxy and from there must begin the journey to its core to seek out the mysteries hidden there. The real appeal of the game, however, is that it has more than 18 quintillion planets to explore. That’s not one of those made up numbers that’s just meant to sound big – developer Hello Games says that is literally the number of procedurally generated worlds within the game. Use them as bases, harvest them for resources, fight against the local fauna or just go to see what’s there – this is a game that quite literally has a whole galaxy waiting for you.

Maybe you like a bit of exploration, but really what you want is a world that you can properly dig into. You want to escape the real world and lose yourself in another one that feels just as real to you as our actual, three dimensional planet. Red Dead Redemption II is what you’ve been looking for.

This is a game that’s perhaps best described as an outlaw simulator, such is the incredible level of detail that Rockstar Games has put into it. The depth of this digital world is perhaps best seen when you look at some of the smaller aspects of it. When the animals have their own ecosystem and will hunt each other while you’re not paying attention and the builders keep plying their trade when you’re not around, you know you can expect something pretty special from the game’s more significant features.

If you like to take a problem and look at it analytically from different angles until you come to a solution, look no further than Portal 2. This is quite possibly the greatest three dimensional puzzle game ever created, and an amazing example of complex, interesting possibilities emerging from a very simple concept.

In Portal 2 you’re a prisoner, but you have a gun that can effectively fire doors. To navigate your way out of a complex (that’s being overseen by one of the greatest game baddies ever, the maniacal GLADOS) you must create portals on a series of surfaces, dealing with the weird physics that arises from them as you go. This is a game that will completely flummox you for ages, then all of a sudden make you feel like a genius when you finally put the pieces together. With the added bonus of a co-op mode to really get the gears in your head grinding, this is excellent fodder for your grey matter.