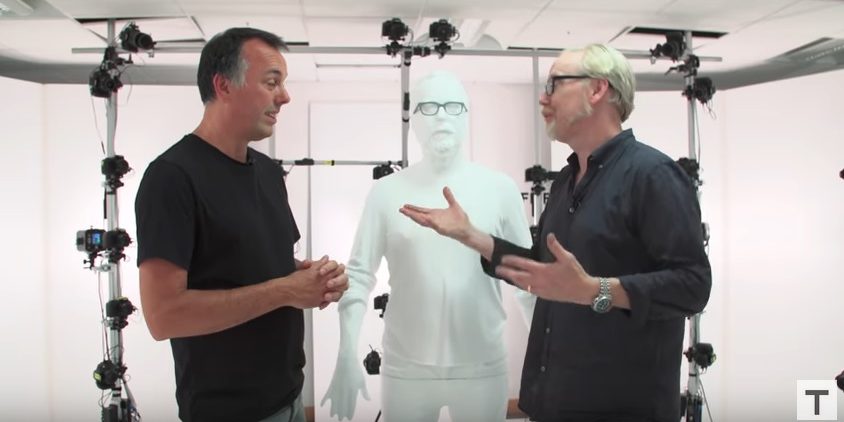 It’s been a little while since Mythbusters, the long-running and beloved Discovery show, aired its final episode. Well, technically they are bringing the show back with new hosts, but that is a zombie version of Mythbusters that is of zero interest. Mythbusters ended when Adam Savage and Jamie Hyneman walked away from the show. Since then, Jamie, much to his nature, has completely disappeared. Savage, though, was also more of a showman and raconteur. Surely he would not just walk off into the sunset. Indeed, Savage has been keeping himself busy, mostly by making videos for the website Tested.

Tested, if you aren’t familiar, is a website about building and technology. Savage frequently appears in videos on the site, often showing off things he’s built. The man knows his way around making a cool movie costume or an impressive replica of a movie prop. However, he does much more than that, and occasionally he will go hang out with other people who work in the world of building and creation, such as in this new video wherein Savage has his body scanned and replicated in foam.

Savage was over in England, and he went over to the effects and fabrication shop FBFX, where he talked shop a bit, before visiting their scanning studio. There, they discuss the process a bit, and naturally Savage checked the system out. The result is an impressive foam replication of Savage’s distinct look.

This video isn’t particularly great for a Tested video, but it is interesting. This is really all about pointing you in the direction of Savage’s many Tested videos, many of which are worth your time.