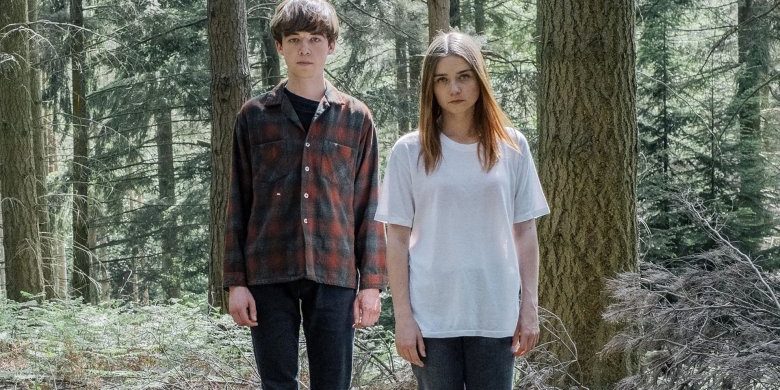 Netflix has released the official trailer for The End of the F**king World, a Netflix original series based on Charles Forsman’s graphic novels.

The dark comedy stars James (Alex Lawther), a psychopath who meets rebellious teenager Alyssa (Jessica Barden). Alyssa has no idea that James plans to kill her when the two decide to embark on a road trip together.

“Being with Alyssa made me start to feel things,” James says in the trailer. “I didn’t like it at all.”

What attracted Alex Lawther to star in The End of the F**king World? “It was dark and it was funny, and those are my favorite things. I enjoyed how James was sort of split down the middle, and how much sometimes he was really what he was saying he was, and how much was covering for something else,” Lawther said in an interview with Comedy.Co.Uk. “And I knew that Jess Barden was playing Alyssa, and the two of them, James and Alyssa, made sense together in my imagination.”

The End of the Fucking World premieres on Netflix on January 5th.