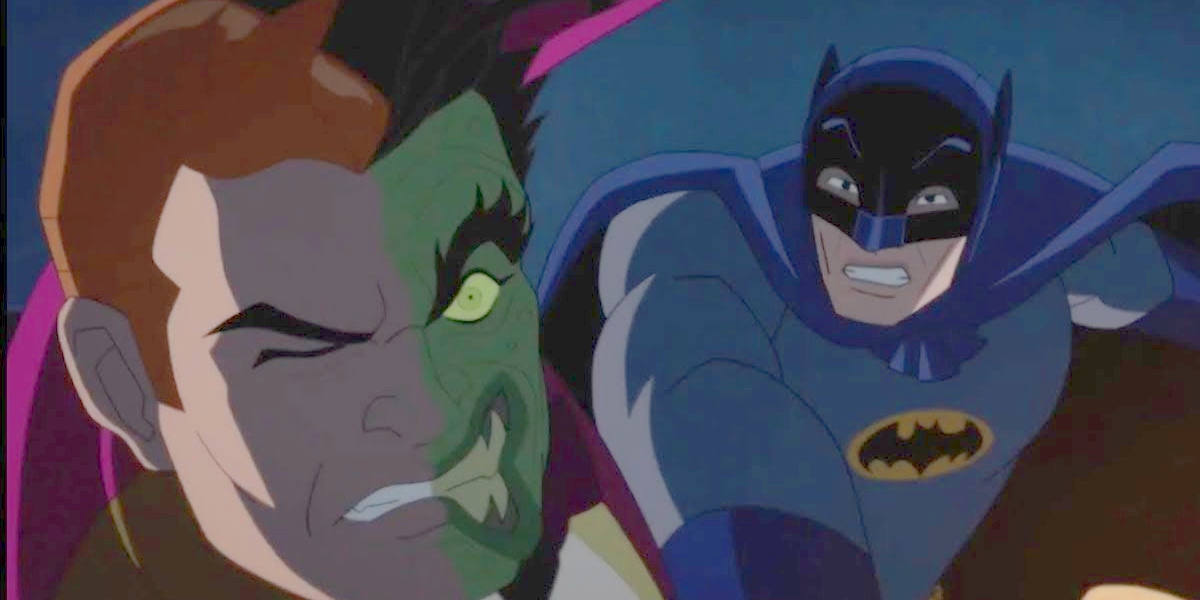 Last year Adam West and Burt Ward jumped back into their iconic roles of Batman and Robin, at least in voice form. The film Return of the Caped Crusaders, which also saw Julie Newmar return as Catwoman, was an animated throwback to the campy, comedic ’60s take on Batman that West starred in. It was a lot of fun, so it was quite exciting when it was announced a sequel was in the works. The trailer for that sequel, Batman Vs. Two-Face, has now been released, which conjures up a variety of feelings.

That’s because, as you likely remember, West passed away not all that long ago. Fortunately, he was able to finish recording his dialogue for this movie before that happened, which makes this West’s final role. Fittingly, he’s going out as Batman, because nobody ever played the character better, at least from a comedic perspective. West showed he still had the chops in Return of the Caped Crusaders, and that remains true in this trailer.

Plus, this was West’s first chance to, ahem, face off with Harvey Dent, aka Two-Face. The villain never appeared in Batman ’66, which just makes this movie that much cooler. Oh, also Two-Face is voiced by William Shatner, as if you needed another reason to check out this movie. Batman Vs. Two-Face will be released later this year. Every West fan will surely eat it up.