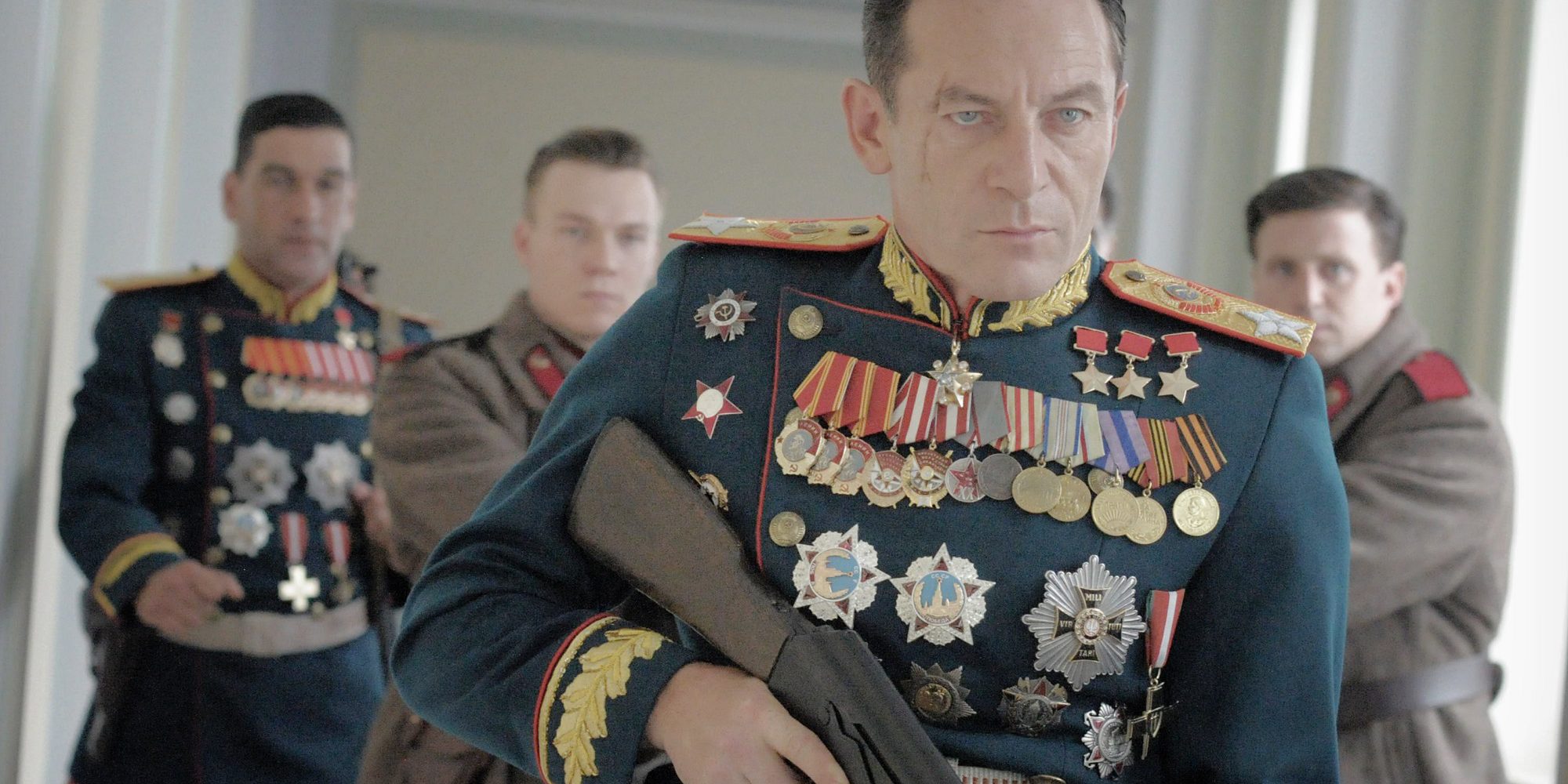 Armando Iannucci is one of the foremost political satirists of our time. In these United States, his HBO show Veep is one of the best comedies on television, and it has helped Julia Louis-Dreyfus win Emmys by the bushel. Before that, he made a great British show, The Thick of It, and he also made the excellent movie In the Loop, which is sort of the bridge between The Thick of It and Veep. However, a couple years ago Iannucci left Veep in order work on other projects. One of those projects, the new film The Death of Stalin, now has a trailer.

Once again, Iannucci has his finger on the pulse of the world, as he has a pitch black satire set in the world of Russian politics coming out when Russia is kind of prominent in the news. Granted, the movie takes place in 1953, right after, you know, the death of Joseph Stalin, but one assumes it will still reflect Iannucci’s view of modern politics. That is to say, politicians are by and large feckless, amoral, and stupid. Where’d he ever get such ideas?

The Death of Stalin includes the likes of Steve Buscemi and Jeffrey Tambor in the cast. Alas, there is no room for Peter Capaldi’s Malcolm Tucker to show up. Iannucci projects seem to always turn out biting and hilarious, and this doesn’t seem likely to be any different. The film will debut at the Toronto International Film Festival before opening in the U.K. October 20. Eventually, it will come to America as well. Hopefully we will still be able to laugh at politics at that point.