Watch The Trailer For Amazon’s Upcoming ‘The Tick’ Adaptation 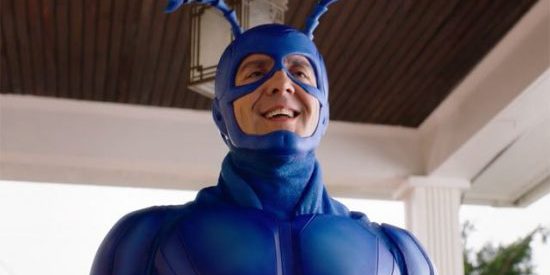 It’s been 16 years since FOX’s Patrick Warburton-starring live-action The Tick series aired, and it seems like it has been that long since we first heard about the latest attempt to bring the character back to television. Or, in this case, to Amazon. Since the Amazon show creation process works quite slowly, it’s been a year since they premiered the pilot of their own adaptation of the cult comic book superhero. However, the show is finally ready to debut, and they have a new trailer to get people excited. Or, alternatively, to remind people the show exists at all.

For those not familiar with The Tick as a character, he’s almost like Superman if Superman was an idiot. He’s a man in a big, blue Tick suit, and he’s not very bright. On the other hand, he’s incredibly strong, and he’s basically invincible. He’s a superhero out there trying to help people, and the only thing that really ever hinders him is his general lack of intelligence. In this new iteration, The Tick is played by Peter Serafinowicz, who has a slightly different take on the character from Warburton. Once again, he’s joined by a mild-mannered new sidekick named Arthur, played by Griffin Newman.

The Tick is a fun spoof of superheroes, and the character has been quite enjoyable in previous iterations. Then again, FOX’s The Tick didn’t even last a full season. Hopefully Amazon’s series will last longer. Amazon’s The Tick premieres August 25.