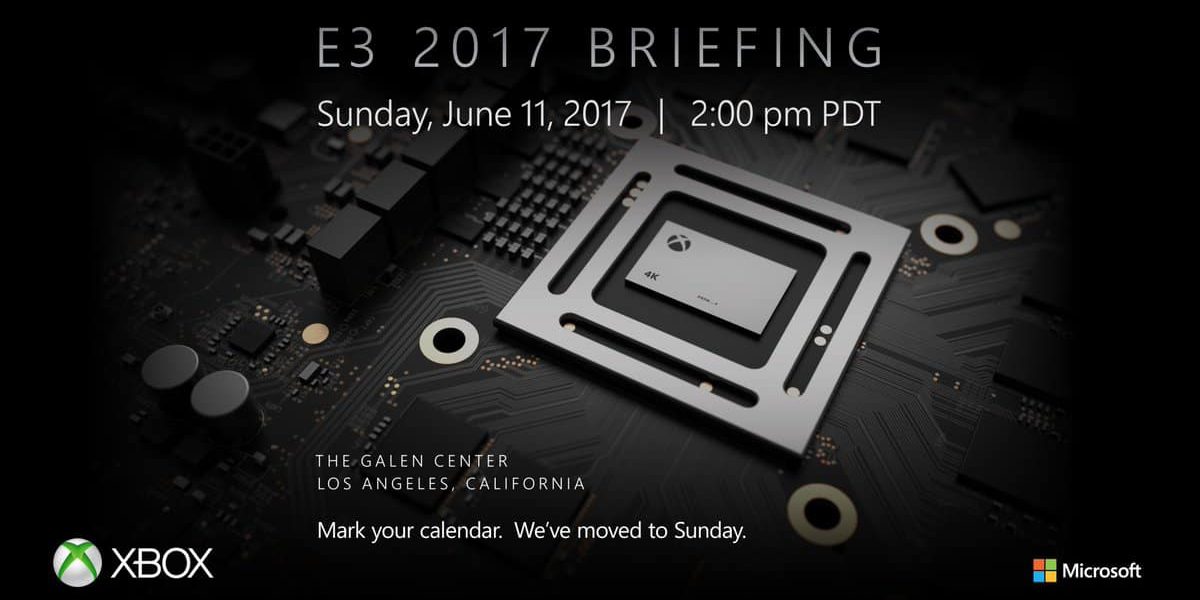 Microsoft’s E3 2017 press conference will kick off on Sunday, June 11 at 2 PM PT/ 5 PM ET, and the company is expected to announce more details about Xbox Project Scorpio. We may also find out news about Gears of War 5, Halo 6, and the next installment in the Forza series..

Microsoft’s Phil Spencer tweeted that the Xbox One E3 2017 conference will run for more than 90 minutes. “Xbox briefing Sunday will likely run longer than our traditional 90 mins,” Spencer tweeted, “for those recording just a heads up. #XboxE3”

Most of Microsoft’s E3 2017 event will showcase Project Scorpio, but the company is expected to spill new details on upcoming games like Crackdown 3 and Sea of Thieves.

In a sit-down with Digital Foundry, Microsoft said that Project Scorpio will include a custom CPU, 12GB of GDDR5 RAM, and run at 1172MHz (compared to the original Xbox One, which runs at 853MHz). It’s estimated that the CPU will be 30 percent faster than Xbox One while the GPU is 4.6 times faster. The 8GB of memory will make it easier to run 4K resolution.

Microsoft released a new trailer to build hype around Project Scorpio, which you can watch below.

Project Scorpio doesn’t have a release date yet, but we should learn more at the press conference. In the video, we see a glimpse of the controller, which appears the same as the original Xbox One’s.