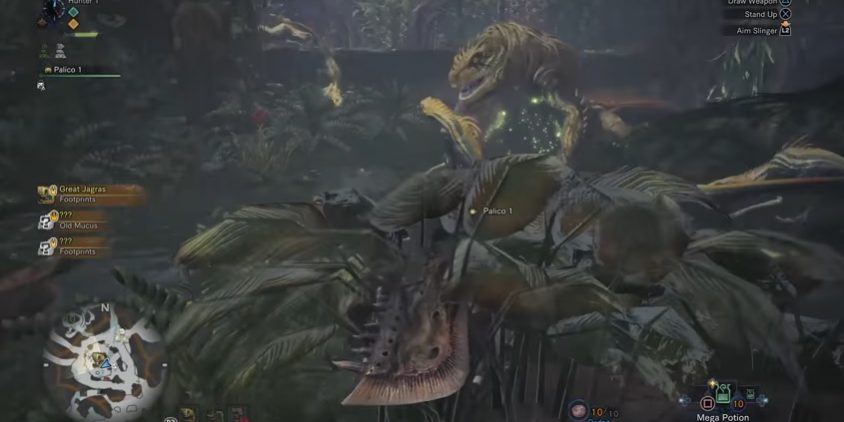 Monster Hunter: World, the fifth game in the Monster Hunter series, got a big announcement at this year’s E3 event. The big news related to the game is that the open world of the game would now feature seamless travel between zones, meaning there will be no more loading screens when you go from zone to zone. If that isn’t enough to get you interested in, you know, hunting monsters, Capcom has released a lengthy gameplay video to give you a closer look at Monster Hunter: World.

The game takes place on New World, a newly-discovered continent, which, as per usual, is full of monstrous creatures. You get to see some of those monsters in this gameplay video, which is a whopping 23 minutes long. They did not skimp on the gameplay action. In this particular video, the player is in the level Ancient Forest, and they are trying to defeat a new monster called the Anjanath. Although, when the video begins, you are just going out to look for a “mucus-like substance.” Good thing the monster hunting comes up, because mucus-like substances don’t usually get gamers excited.

The gameplay looks good, which is encouraging for a game in development. It’s only one area of the game, though, and only one monster being hunted. Monster Hunter: World will come out for PlayStation 4 and Xbox One in early 2018.