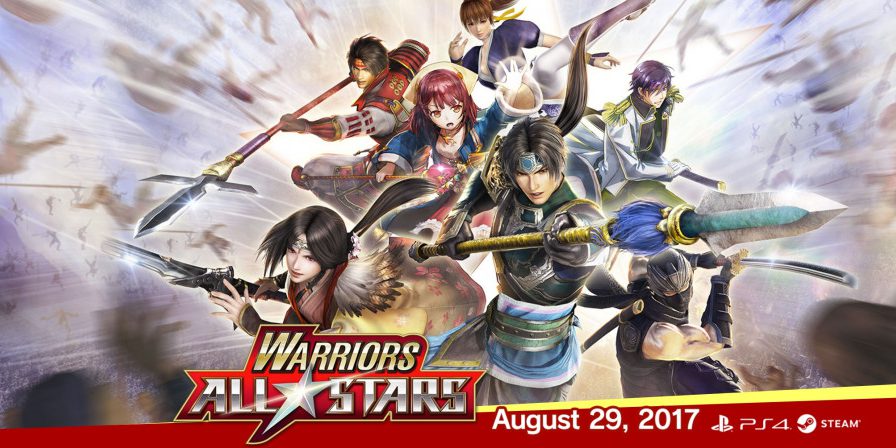 Warriors All-Stars is still a few weeks away, but just ahead of its August 29 release, Koei Tecmo America has launched an awesome new trailer and features. Get ready to punt some puni!

The trailer introduces us to the final group, the Shiki Clan, comprised of original eponymous character Shiki, son of the monarch, Ayane and Ryu Hayabusa from Ninja Gaiden, Hajime Arima and Darius of  Haruka: Beyond the Stream of Time, Samurai Warriors’ Yukimura Sanada, Naotora Ii, and Mitsunari Ishida, and William of Team NINJA’s Nioh.

While Koei Tecmo has already revealed details on the game’s one-versus-thousands battle system, the latest information coming out is on content outside of combat. The game will allow players to kick back and relax in the aptly-named Sanctuary, with a multitude of different locations each serving a purpose therein – the Tavern and Inn, for example, allow heroes to enjoy a soak in the Hot Springs or spend time with friends. Building camaraderie between heroes will reward players with unique cutscenes that offer a more intimate look at character histories. The Practice Arena, which is fairly self-explanatory, allows players to get more acquainted or refine their skills with their chosen heroes. Meanwhile, at the Refinery, players can create, enhance, and sell Hero Cards that they may have picked up in battle. Hero Cards, once equipped, can boost a hero’s abilities and grant them new ones. Once players are ready to jump back into the fray, heading down to Headquarters will let them choose and accept missions, and access the World Map to determine their next move.