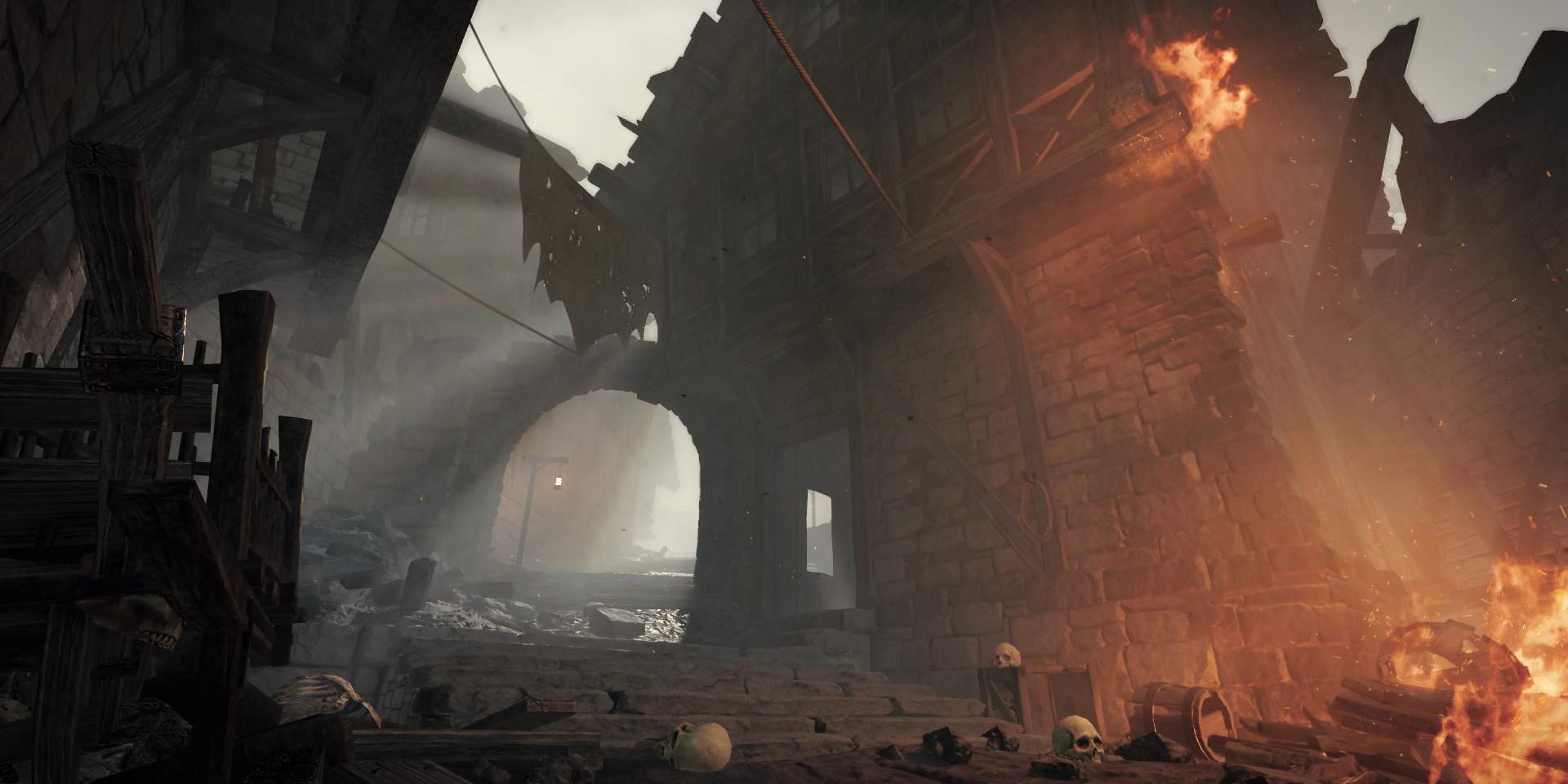 It’s been a couple years since Warhammer: End Times – Vermintide was released for the PC, and only about a year since the game came out on Xbox One and PlayStation 4. However, the time has evidently come, or it will come soon, for a sequel. Warhammer: Vermintide 2 has been announced.

The game is described, at least in part, as such:

“Set in the dark and grim Warhammer Fantasy world, you must join forces with up to three other players to tackle the endless hordes of enemies. Equipped with a variety of melee and ranged weapons, you and your team are all that stands between utter defeat and victory – and if you fall so will the Empire.”

However, this announcement is really but a teaser for the upcoming first-person shooter sequel. A few images have been released, but there is also a teaser video saying that the “worldwide reveal” will come October 17. There is no release date for the game yet, but one could presume that the aforementioned reveal will take care of that.

The first Vermintide game got solid reviews, and we will see if this sequel is able to live up to that. The overall Warhammer series, be it tabletop games or video games, is quite popular, so surely there are many people who are excited about this (admittedly somewhat meager) announcement.