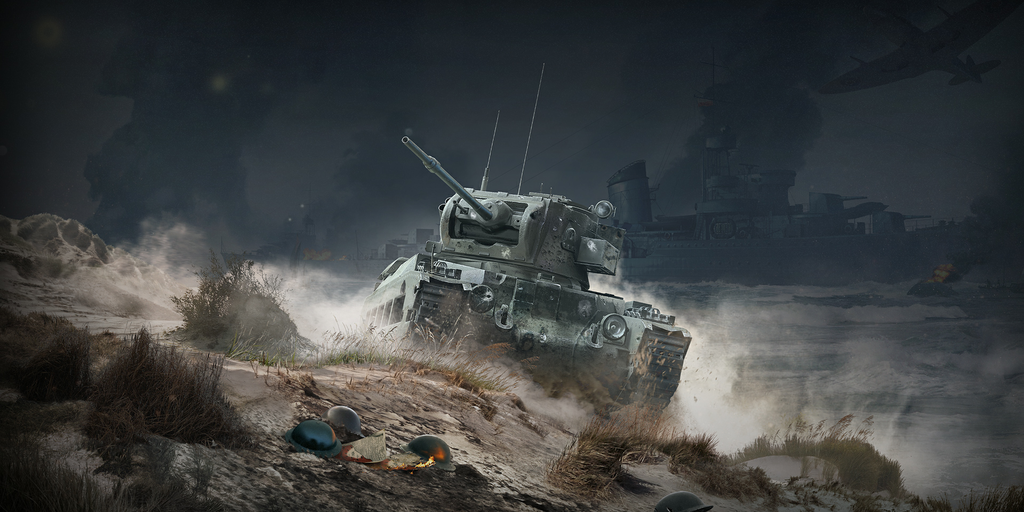 Faithful fans of Wargaming‘s free-to-play trilogy of World War II-inspired titles, World of Tanks, World of Warships, and World of Warplanes, are probably familiar with the developer’s recent collaboration with Warner Bros.’ upcoming film Dunkirk. Starting today, in conjunction with the epic-action drama directed by Christoper Nolan, the trio of games will roll-out fresh, history-inspired content–from missions and in-game events and activities to the chance to earn Dunkirk-themed vehicles. What players might not know, however, is that the studio’s also honoring the historic “Miracle of Dunkirk” with a mult-part documentary series dubbed Remember Dunkirk. Filmed on the beaches of Dunkirk, on the northern coast of France, the in-depth series was carefully crafted by the studio’s own historians and video team. The first installment, titled “Timeline of a Miracle”, is available now.

Wargaming’s trilogy of WWII titles has always favored historical accuracy, attention to detail, and painstaking authenticity to a fault, so it’s not surprising the studio has gone above and beyond the call of duty to honor the history that’s not only helped shape their games, but also the world we live in. Whether you’re a fan of the games, you plan on seeing the film when it hits next Friday, or you’re just a WWII history buff, the documentary’s well worth your time.