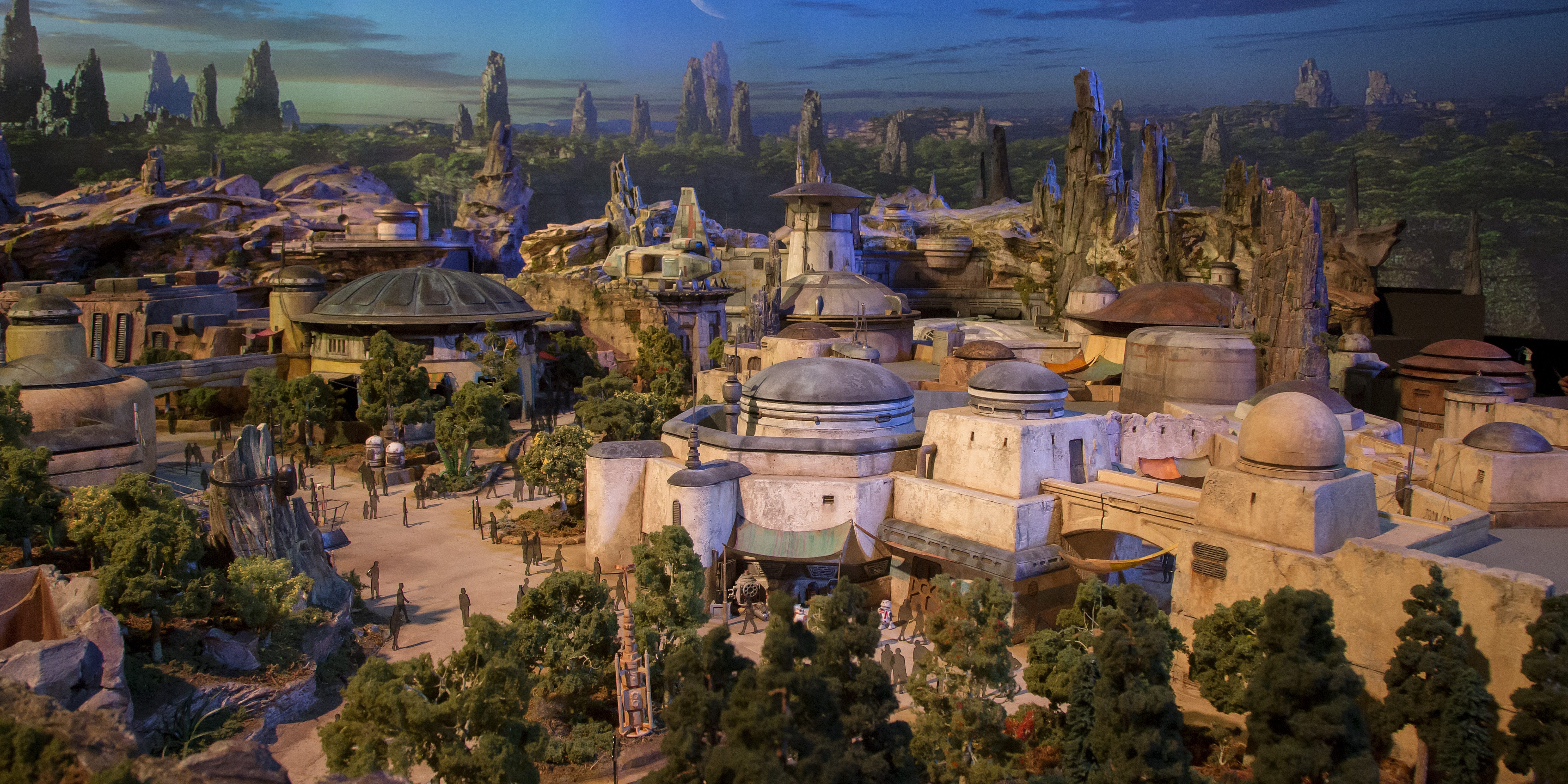 Unless you’ve spent the last several years being slowly digested in the belly of a Sarlacc, you’re probably aware Walt Disney World and Disneyland are adding massive Star Wars-themed lands to their parks. Due to open sometime in 2019, the expansions plan on immersing guests in a galaxy far, far away like never before. Taking place on an entirely new planet, the dedicated areas–representing the parks’ largest single-themed land expansions–will feature multiple story-driven experiences. Among the Force-fueled fun will be a pair of premier attractions, one giving guests the opportunity to pilot the Millennium Falcon on a top secret mission, and another that puts them at the center of a blaster fire-whizzing battle between the First Order and the Resistance.

Additional details on the 14-acre expansions have been locked down tighter than Luke Skywalker’s location, but Walt Disney Parks and Resorts Chairman Bob Chapek has unveiled a detailed model of the lands ahead of this weekend’s D23 expo. The model will be on display at the fan-focused event in Anaheim, as part of the Walt Disney Parks and Resorts’ “A Galaxy of Stories” pavilion, but those not attending the expo can get a grasp of the land’s stunning, epic scope in the following video.

In a statement released to press, Chapek said this: “To say we are excited for the Star Wars-themed lands to open in 2019 is an understatement. All along, we have said this will be game-changing, and through the model we can begin to see how truly epic these immersive new worlds will be.” The lands–which will open in Disney’s Hollywood Studios park in Orlando and Disneyland Park in Anaheim–are a couple of years out, but a number of Star Wars experiences are already available, hinting at the presence the beloved sci-fi saga will have in the parks.

While we sadly cannot jump to lightspeed to enjoy these new lands right now, we will keep our eyes and ears open for any additional details that might come out of D23.