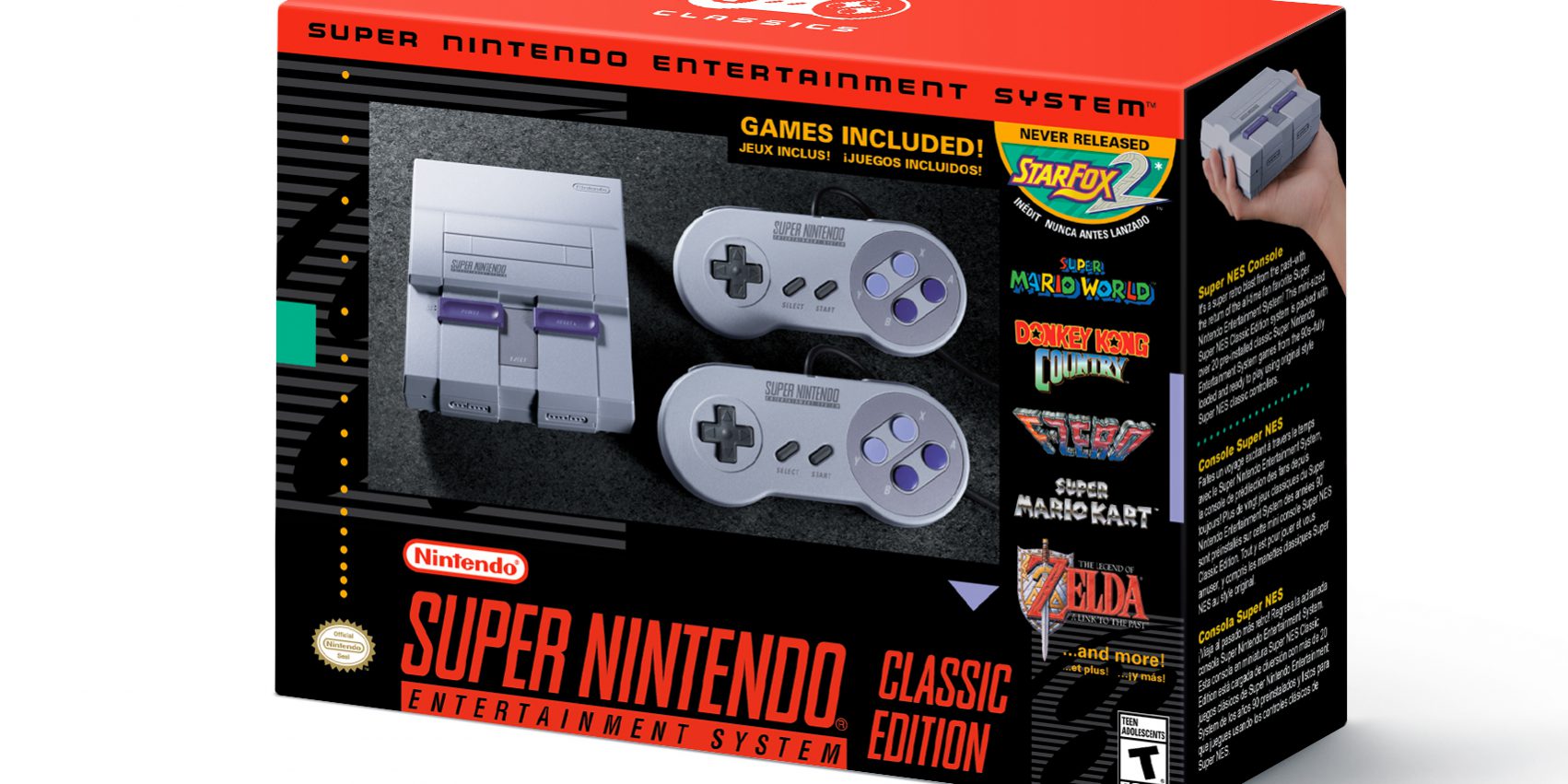 A few hours ago, my brother-in-law, who uses Facebook pretty rarely, made an indignant post over how Walmart had, without warning, cancelled his pre-order for the SNES Classic. The explanation? A technical glitch, followed up by an apology that “We know that this is incredibly disappointing to you, and we’re truly sorry for this mistake.” It seemed to be, at first, an isolated mistake, but it soon became painfully clear that the problem was company-wide – all pre-orders for the SNES Classic Edition had been canceled. My brother-in-law, I’m sure, is one of thousands who’ll find that explanation and the apology a bit lacking to compensate for the sheer disappointment being felt by those anticipating the console’s release.

Given Nintendo’s history of short-changing itself with its Classic Edition console releases, it’s a bit curious that such a glitch would happen with this sort of timing. Walmart’s senior director for customer care, Deserie Dulaney, offered up the explanation that what the glitch had done was made the console available ahead of its official release date. In response, Walmart was reportedly forced to cancel the orders entirely. Anyone who pre-ordered with a credit card won’t have to worry about being refunded, since Walmart doesn’t charge for pre-orders until the item actually ships, but those who paid with a gift card or via PayPal will be getting refunded in the coming days.

The pre-order window for the SNES Classic Edition had been small, but many of the pre-orders were made without problem and received a confirmed arrival date of October 6th. But the SNES Classic was reportedly “not scheduled to be displayed,” and the first signs of a problem began to emerge when Walmart began to randomly cancel orders. This, as one could easily understand, sent ripples throughout the gaming community, as confusion and anger quickly followed suite. Over the weekend, questions were mounting, but no answers were given, until the Walmart email made its rounds through every prospective SNES owner’s inbox, telling them their order, thanks to a “technical glitch” and not much else by way of explanation, had been canceled.

The revelation will not likely sit well with the gaming community, especially given Nintendo’s rather sordid history of short-ordering consoles and failing deliberately to meet demand with supply. But Nintendo will likely sit on its laurels over the fact that they could slap their label on an old boot, and people would still queue up to buy it.

While Nintendo has opened pre-orders for the SNES Classic overseas, there is no word on whether or not North American customers will be able to pre-order or when, which means that those still determined to snatch one up will be forced to camp out for one if they hope to get their hands on one. If that’s the case, I would not recommend Walmart.