‘The Walking Dead’ Is Getting Its Own ‘Pokemon GO’ Style Game 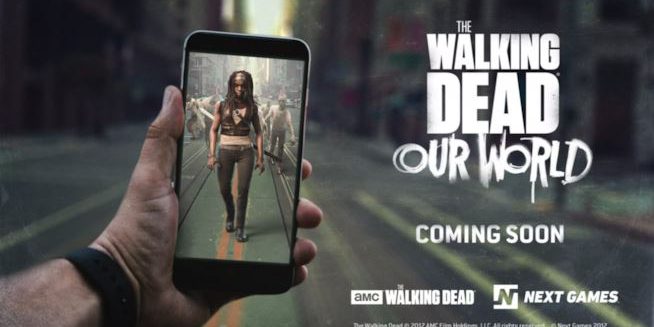 Pokemon GO captured the zeitgeist by giving people a chance to get out in the world and “catch” Pokemon. The augmented-reality game was a real (if temporary) game changer, and it also got people out in the world getting more physically engaged in their play. However, it’s one thing for people to hit the streets looking for cute little Pokemon. Now, a new game is going to bring augmented reality to a less pleasant world; the world of The Walking Dead.

Yes, it’s time for a Walking Dead augmented reality game for mobile phones. The hit AMC series is, of course, about a zombie apocalypse, so you can likely guess what this game is all about. It’s called Walking Dead: Our World, and it promises to “show you hordes of the undead right in front of your eyes on your smartphone.”

So, while Pokemon GO is about catching Pokemon, Walking Dead: Our World will likely be about killing zombies in the park or supermarket. Also, while Pokemon rarely are trying to eat your brains, the zombies of this Walking Dead game will likely be a bit adversarial. That being said, Pokemon GO became immensely popular, at least for a time, and Walking Dead has even broader appeal than Pokemon. Don’t be surprised if soon you see a bunch of people staring at their phones, trying to kill zombies (hopefully not in any cemeteries).