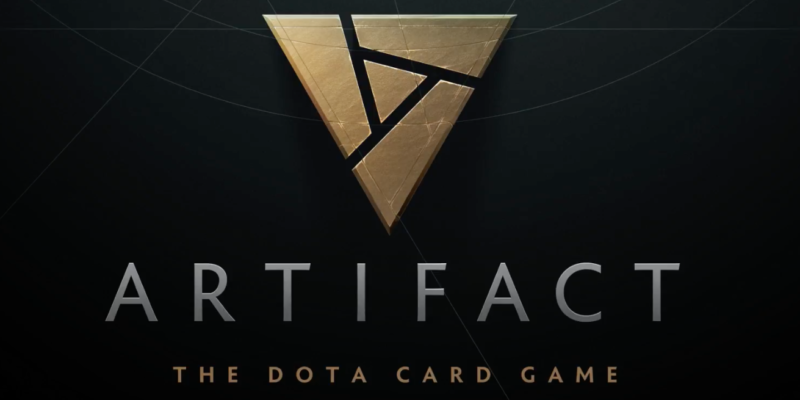 Valve Software made some waves at this year’s Dota 2 Championships with the surprise announcement of their next new game, Artifact.

The announcement came just before T17 Day 2’s final match, by host Sean Plott (aka Day9), and came as a surprise to attendees who were expecting Valve to drop any major development news after the tournament’s final match, which will be at the end of the week. After promising that the new title would not be Half-Life 3, or a re-release of any existing game, Day9 played a short teaser video, which wasn’t much more than an introduction to the game’s logo, and which promised the card game’s release in 2018. Details are as vague as the teaser, which you can check out below, but details so far indicate that the game will involve barracks, lanes, and creeps. “I played a game where I was getting my ass kicked in two lanes,” Day9 told the crowd. “I kept building barracks in the third [lane], and I kept flooding the lane with creeps.”

A card game in the vein of Blizzard’s own Hearthstone, Artifact is based on Dota 2, with three boards and a roster of characters, reportedly with a Dota-themed three-lane system and a one-one-one battling system also in Hearthstone’s image. Neither the reveal nor the accompanying teaser brought anything by the way of gameplay or screenshots, but the game, according to Day9, is already being tested. Meanwhile, the game’s Twitter account is already live, and hopefully will yield some more updates in the coming weeks. But Artifact isn’t the only title of Valve’s we’re still waiting on – three other virtual reality titles are reportedly in development. But hey, at least Artifact has a release date…sort of.

You can check out the teaser trailer below, but be leery – it’s mostly just a pretty logo construction.