U2 Releases Video For New Song ‘The Blackout’ 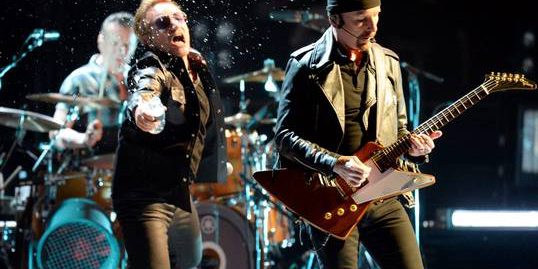 U2 has released The Blackout, a new track from their upcoming album Songs of Experience on the band’s Facebook page.

The Blackout, just for you. From upcoming album Songs of Experience, wrote the band. “Tune in August 30th. First single, You’re The Best Thing About Me coming Sept. 6th, along with all the album news. #U2TheBlackout#U2SongsofExperience. In the darkness where we learn to see.’”

U2 finished Songs of Experience last year but didn’t want to release it around Donald Trump’s election. Bassist Adam Clayton said in an interview with Variety, “We didn’t want to put out a record without having some time to evaluate what was going on and what was behind the outcome.”

U2 performed on Jimmy Kimmel Live on Tuesday, May 23, as part of their Joshua Tree tour. This was the only “sit down down TV interview and performance while on the road in the U.S. for the tour,” the band said in a statement. During the tour, the band premiered a new song, The Little Things That Give You Away, which is another track expected to be on the upcoming album, Songs of Experience.