Two New Trailers For ‘The Evil Within 2’ Have Been Released 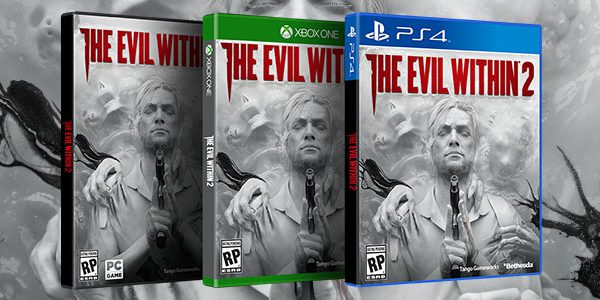 During Bethesda Softworks E3 press conference, they announced that they will be releasing a sequel to horror game The Evil Within this October, the go-to month for horror-tinged video games to be released. While Bethesda had an announcement trailer all cued up for the moment, they have since released a couple more trailers to promote The Evil Within 2.

One of the trailers is of the story variety, to give you some more information about what the game is all about. The synopsis of the game given by Bethesda explains the premise of the game as such:

“Detective Sebastian Castellanos has lost everything, including his daughter, Lily. To save her, he is forced to partner with Mobius, the shadowy organization responsible for the destruction of Sebastian’s former life. Sebastian must descend into one of their terrible creations, the disturbing world of Union. Horrifying threats emerge from every corner, and he must rely on his wits to survive. For his last chance at redemption, the only way out is in.”

The other trailer is of the gameplay, if you want to get a look at how The Evil Within 2 will play out. Given that it’s a horror game, this sort of trailer will certainly grab some eyeballs. It gives you a chance to check out the atmosphere, and the creep factor, of the game.

The Evil Within 2 will come out October 13 for PlayStation 4, Xbox One, and the PC.