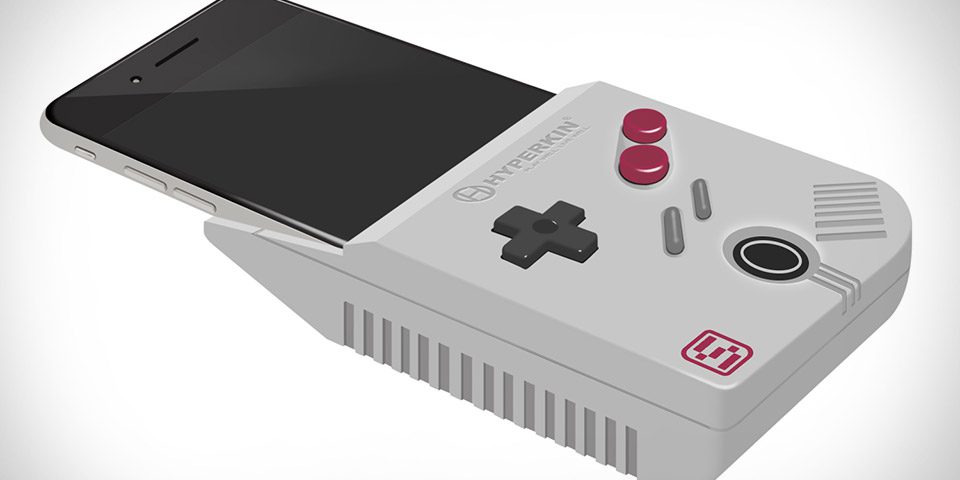 The smartphone meets retro-gaming trend continues. A few weeks after Sega began releasing classic Sega titles for Android and iPhone under the Sega Forever moniker, game manufacturer Hyperkin has announced their Hyperkin Smart Boy accessory for Android. The device brings actual physical Game Boy-like controls and even cartridge compatibility to your Android devices via a USB-C connector, with the nostalgic color scheme and button configuration of the original Game Boy for the ultimate nostalgia trip.

The product may have started out as an April Fool’s joke, but apparently the concept picked up enough momentum for developer Hyperkin to take it and make it a reality. April Fool’s Day often provides developers the chance to throw out their craziest designs and schemes and see what takes off – considering the prevalence of long-time gamers who grew up on the Game Boy, it wasn’t really any surprise that the Smart Boy would take off the way it did. The design for the April Fool’s prank isn’t much different from the final product, released two years after the joke: the accessory features an eight-way D-pad, A and B action buttons, start and select buttons, and the included battery allows for up to five hours of gameplay, and can be charged directly from the device.

The accessory can play Game Boy titles downloaded as from the Smart Boy companion app or through Android emulator apps, replacing the often-tedious soft keys with the satisfaction of physical controls. But even better, if you still have the old Game Boy and Color cartridges still lying around, the Smart Boy can also play them. It reportedly takes a little time to load, since the accessory moves the content of the cartridges to the device before play, but it means that any compatible device (basically any USB-C Android phones, complete list on the website linked above and below) can transform into a classic Game Boy.

The Hyperkin Smart Boy is currently available for pre-order from the website for $49.99, with an expected shipping date of August 21st.