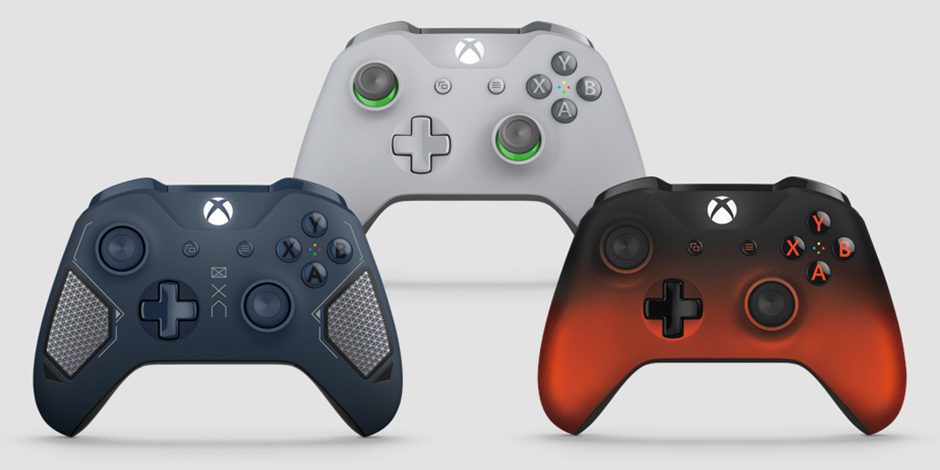 Xbox-pimpin’ faceplates may be a thing of the past, but Microsoft continues to crank out cool-looking controllers for players craving a bit more style in the palm of their hands. The latest batch of wireless gamepads, which will also be compatible with the forthcoming Xbox One X, aren’t tied to any specific series or launches, but they do arrive just in time to be used with some of the fall’s biggest releases.

The smoldering Volcano Shadow Special Edition looks like the perfect companion to accompany you while battling through Assassin’s Creed Origins’ sun-baked deserts or exploring Middle-earth’s fire-spitting mountains in Shadow of War, while the Patrol Tech Special Edition should feel right at home in your hands while tearing up the blacktop in Forza Motorsport 7 or creating chaos in Crackdown 3. Of course, traditionalists with a sense of style might want to go with the sleek Green/Grey version. Regardless of preference, any of these should pretty-up your play sessions when they begin rolling out this week.

Official intel from Microsoft is as follows:

The Xbox Wireless Controller – Volcano Shadow Special Edition is the newest of the Shadow series we introduced last year. This controller features a matte black top case and sides that fade to a fiery red metallic finish. The buttons, triggers and D-pad have a glossy black finish with red highlights on the ABXY and menu buttons. The controller is available for pre order for $69.99 USD at select retailers worldwide including microsoftstore.com and will start shipping August 3.