A ‘Total War’ Spinoff Series Is In the Works 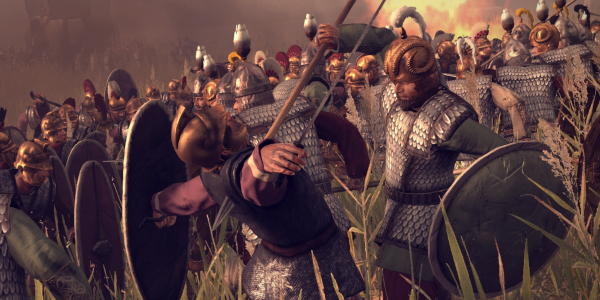 The new spinoff series is called Total War Saga, and they will slightly tweak the formula of the original series. While Total War focuses on historical eras of battle, Ancient Rome, the time of Napoleon, and so on, the new series focuses on “pivotal moments in history.” The gameplay will remain the same, and they will take place in eras previously covered by Total War games of the past.

The geographical regions will be smaller, and the timeframes covered will be shorter, but the gameplay otherwise won’t be all that different. In fact, campaigns won’t be any shorter just because the scope has gotten smaller. What we don’t have yet is any real specific details. Game director Jack Lusted did mention a follow up to Total War: Rome II, but he did not elaborate further. All we know is that these Total War Saga games seem like they will have a ton in common with the original Total War series. If you like Total War, you will probably be happy about that.