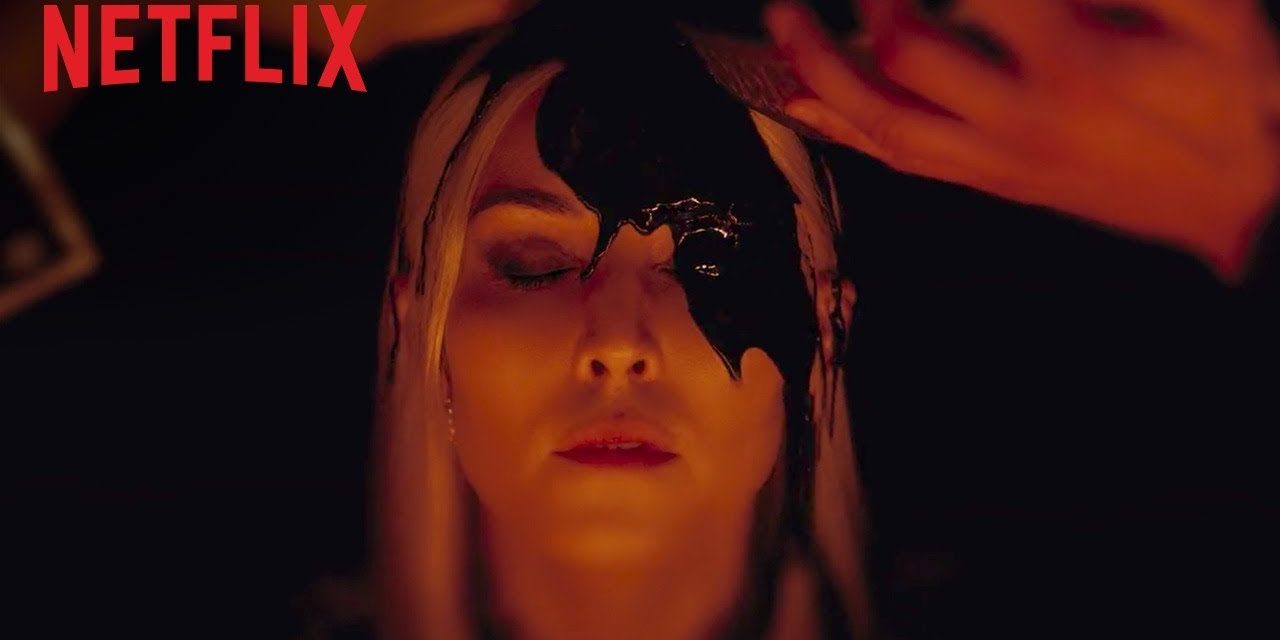 In the last few years, Netflix have been releasing original movies on their service at a rapid pace! Their library continues to expand as Netflix are relentlessly investing in new content to keep subscribers happy. Now there are nearly 100 original films on the platform, resulting in users spending so much time scrolling through lists, trying to find a suitable film. We’ve put together a list of the top six original movies to watch in 2018.

Released in 2017, the psychological thriller based on the Stephen King novel of the same name is about a couple named Gerald and Jesse that retreat to a secluded cabin to jumpstart their marriage. When Gerald handcuffs Jessie to the bed, he promptly dies from a heart attack. She is then trapped in a difficult situation where she must overcome many obstacles including her own personal demons. The director Mike Flanagan does an effective job of taking a simple concept to make a tense and thrilling film.

I Don’t Feel at Home in this World Anymore

The dark comedy crime drama is about a timid nurse played by Melanie Lynskey who has had enough after coming home to find out her home has been robbed. She joins forces with her socially inept neighbour (played by Elijah Wood) to hunt down the local burglar. While seeking their vigilante justice, they find themselves deep in a world they know very little about. At its core this is a movie that examines the general struggles of life in a darkly funny and entertaining way.

Starring Will Smith and directed by David Ayer who also directed Suicide Squad. Set in an alternate world, this 2017 fantasy crime thriller is about a Los Angeles police officer who teams up with a rookie cop in a world of both humans and mythical creatures. Despite receiving negative reviews from critics, it has become popular with viewers, becoming one of the most streamed programs ever on Netflix and reportedly a sequel is being developed. Regardless of what you’ve heard about Bright, it’s definitely worth watching. The movie critics couldn’t be more divided with the public on this one. On Rotten Tomatoes only 26% of the critics gave it a positive review while 84% of users liked the film.

The Fundamentals of Caring

Released in 2016, this comedy-drama stars Paul Rudd as a retired writer who becomes the caretaker of a sarcastic wheelchair-bound eighteen year old boy, played perfectly by Craig Roberts. Together they set out on a cross-country road trip to see famous roadside attractions and to meet the boy’s father. So, if you’re the mood for a heartwarming road trip flick, this just may be the film for you.

Okja is action-adventure film is about a young girl who cares for a large creature known as the super pig in the mountains of South Korea. When a major corporation ends up taking Okja to the United States, the young girl sets out on a mission to rescue the pot-bellied creature. The directing acting and cinematography are all top-notch, just don’t blame me if after watching this film you decide to become a vegetarian.

Mudbound takes place in the racially divided state of Mississippi just after World War Two. The film depicts two veterans, one black and one white that forge a friendship while dealing with racism and PTSD in their own way. The story showcases the brutal realities of the era in which they live.

Beasts of No Nation

Beasts of No Nation is the best original movie to ever be released on Netflix. It also happens to be one of their first original films. This 2015 war drama, starring Idris Elba takes place in West Africa. It’s about a young boy that is recruited to become a child soldier during an African civil war after the death of his father. Elba, who plays a sadistic commander, teaches the boy to become a ruthless killing machine. Everything about this movie is great, it’s well directed, the acting is top-notch and the cinematography is fantastic. When Netflix released Beasts of No Nation hopes were that the streaming service would be releasing more high-quality films like this in the future but sadly this film is ended up being the exception and not the norm.