Top 6 Fantasy Games Of All Time! 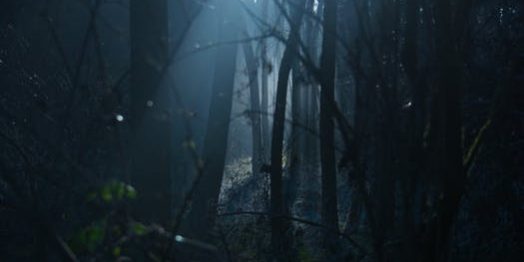 There is no denying that fantasy games have become incredibly popular over the past few years. There are more and more fantasy games that are being released onto the market all of the time. From the classics to solving mysteries, there is a fantasy game to suit all tastes too! If you are looking for a new fantasy themed game to enjoy, there are plenty of suggestions you will find below. Enjoy!

Kingdom Hearts – In Kingdom Hearts, it’s like Final Fantasy and Disney have been put into a blender and this is the outcome. It may sound a bit odd, but it definitely works. The original PS2 copies sold millions and millions. In the original game, you are in charge of a small party that is made up of Disney and Square characters, as they make their way through a world of rich fantasy that contains all of the characters you know and love. It may sound a little bit silly, but it is far from it. Don’t let the Disney aspect lead you to thinking this is a daft game – it’s a brilliant piece of fantasy work.

Valkyria Chronicles Remastered – Who doesn’t love their fantasy to be infused with a bit of alt-history? This story is loosely based on the WW2-era. The Ragnite ore is a valuable element that is used to follow the great war. The story and the gameplay are great, but most people would agree that the real winner with this game is the graphics.

Final Fantasy XII – Arguably, we could put any Final Fantasy game in this blog post, but we have decided to go for XII. After all, you simply cannot go wrong with this Final Fantasy game! It presents a solid story that merges the universal with the personal. You also have a balanced marriage of world immersion and story exposition, a humanising character element, superior dialogue writing, and the list goes on! If you are going to give any Final Fantasy game a try, make sure it is this one! And no, you don’t need to play the other games in order to play this one, so don’t worry, you can dive right in.

RuneScape – Of course, it would not be right to talk about fantasy games without talking about this classic, which was released back in 2001. Since then, there have been many adaptations and add-ons, and lots of people making the most of services to buy the gold they need to enjoy the game more. For those who are unfamiliar with RuneScape, it takes place in a medieval fantasy realm, which is known as the world of Gielinor. This world is divided into various cities, reigns, and kingdoms. You can travel through the realm via a variety of approaches, including charter ship, magical spells and foot. Each region has various quests, resources, and monsters, so there is a lot of fun to be had.

Chrono Trigger – There are some gamers that believe this is the best video game that has ever been made. Give it a try and see if you agree. This game was released way back in 1995 by Square. It helped to pioneer the contemporary day RPG genre. The story follows a group of adventurers who travel through time. They stop at a worldwide catastrophe, and this is where the game is based. The game features some amazing art and music – do remember that we are in the mid-90s though! The game is also distinctly Japanese.

The Legend of Zelda: The Wind Waker – Again, there are so many different Zelda games you could have chosen. However, we have decided to go with the Wind Waker, as it has a unique take on the classic Zelda formula. You will also find that it was re-released in 2013 for the WiiU. It features a big HD graphic upgrade, which has made the game ten times better.

So there you have it: some of the best fantasy games that are available to play today. If you love this genre of game, hopefully, you will have found something in the list above that appeals to you. With so many different fantasy games to choose from, you are bound to have hours and hours of fun.