There’s A ‘Fallout’ Board Game In The Works 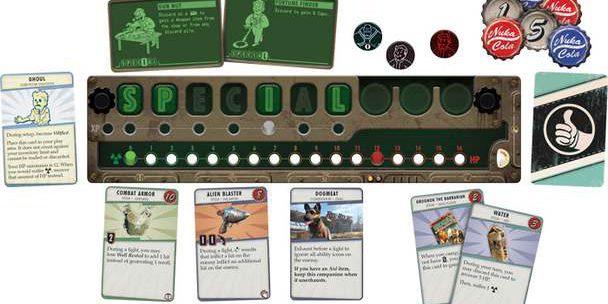 The Fallout series has been one of the most-popular video game series for a while. There have been five official Fallout games, plus three spinoffs. Apparently there’s a lot you can do with a post-apocalyptic wasteland. A new Fallout game has been announced, but you won’t be playing it on any console. Instead, they are making a board game, a retro decision for a game series that comes with a quasi-retro sheen.

This new board game, which comes from publisher Fantasy Flight, takes its stories, settings, and characters from Fallout 3 and Fallout 4. The game is for between one and four players (although playing a board game by yourself seems a little odd), and there are four different scenarios provided to play through. You can create your own character, although the miniature figurines they provide put some limits on the creation process, and then you go out on quests in post-apocalyptic versions of places like New England and Washington D.C.

You will win the game by garnering the most “influence” in the wasteland, which you do by collecting cards received for finishing quests and exploring the map. If you are a fan of the Fallout series of games, and of board games, this seems like a match made in Heaven. They are hoping to release the game during the holidays, the perfect time to immerse yourself in a barren hellscape.