The Rain is another binge worthy Netflix original that is streaming on the platform as of May 4th. As the title suggests, it’s about killer rain containing a deadly virus that wipes out nearly all of Denmark’s population. The series plot will be familiar to Walking Dead fans, a post-apocalyptic scenario where people are fighting for survival and the characters make idiotic decisions that put everyones life in danger. While the Danish series is a great watch, the show does contain various holes in the story line.

How did Simone and Rasmus survive five years in the bunker?

The first plot hole fans will notice is how Simone and Rasmus (Lucas Lynggaard Tønnesen) spent five years together in a bunker without going insane! The siblings time underground is skipped over pretty quickly in the first episode. Rasmus rapidly develops from a child to a muscular teenager and Simone (Alba August) barely ages, she just cut her hair short. Living in such a confined space for so long without sun light would have severe effects on a person’s mental well-being. The boredom alone would drive anyone crazy.

Does the Rain Still Carry the Virus?

In episode six, Simone was pushed into the rain but for some strange reason the rain didn’t kill her. Later Martin and Lea join her to awkwardly dance in the rain with zero negative effects. Does this mean everyone was avoiding rainfall for six years for no reason? More than likely the disease was only in the rain for a short time at the beginning or maybe they are immune to the virus? In the last episode, we see the head of Apollon reveal to a group of people that the company has a “cloud-seeding technology”, maybe there was only a few showers of acid rain and the rest were harmless. This could be the reason why the group stayed a night in a barn with see through walls and no rain infected them.

How did Beatrice Die? 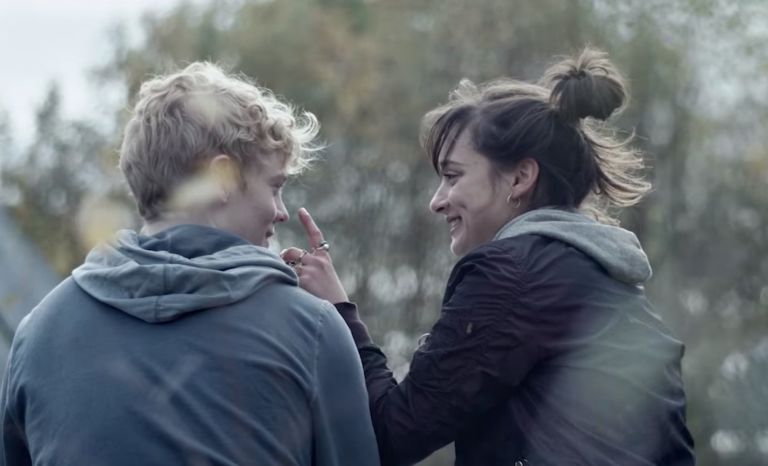 Beatrice (Angela Bundalovic) is the shows first major death as Rasmus awakens after their night of passion to find her cold lifeless body lying beside him. As everyone knows, a raindrop fell onto Beatrices face but that is unlikely to have led to her death because it had no immediate impact. Other victims died almost instantly after coming into contact with the acid rain. That episode suggests the sick dog licked her face causing her to die immediately without waking up poor Rasmus. Another theory widely believed by fans is she was infected by exchanging bodily fluids with Rasmus, he was immune to the disease but contagious to others.

The curly haired assassin was captured in episode four for killing one of the strangers, mainly in retribution for accidentally suffocating the young deaf girl. Jean was assumed dead as Apollon were capturing people in the hope of finding someone with immunity to the virus. Maybe Apollon had other ideas for Jean and planned to use him as a bargaining chip after discovering the group he was hanging out with.

Somehow Lea has lived six years with braces. I would imagine she had no luck finding an orthodontist to remove them. In reality, six years of metal braces would cause extensive dental health problems.